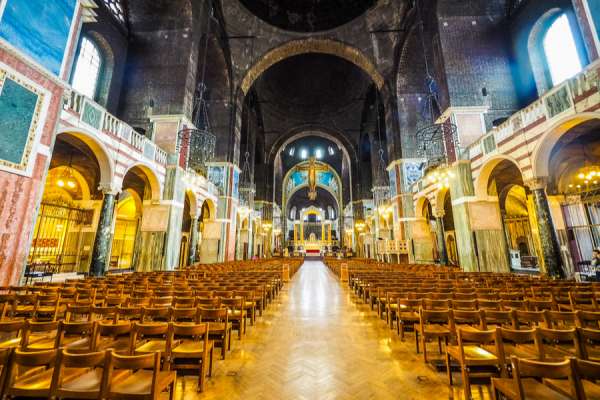 London, England, Mar 24, 2020 / 11:30 am (CNA).- The bishops of United Kingdom have ordered the closure of all Catholic churches, even though they were exempted from shuttering by the countrywide stay-at-home order.

U.K. Prime Minister Boris Johnson issued the lockdown directive on Monday evening. The rules restrict when and for what purpose someone is permitted to leave their home; these four reasons include shopping for necessities, exercise, medical needs, and traveling to and from work for jobs deemed essential.

Houses of worship were specifically exempted from the stay-at-home order, and the guidance provides that “places of worship should remain open for solitary prayer” despite the suspension of public religious services.

Going beyond the government guidance, the Catholic Bishops’ Conference of England and Wales (CBCEW) made the decision to close all churches to the public until further notice.

“Following on from the PM's message last night, all churches must close and remain closed,” said Cardinal Vincent Nichols on Tuesday.  “It is essential that we all follow this instruction, painful and difficult though it is. As our churches remain closed, let us open our hearts even wider,” he said.

In a video posted on Twitter, Cardinal Nichols said it was “not essential” for people to go to their churches to pray.

“We have to learn more and more that our prayer is rooted in our hearts and can be shared with our families. Open churches will only tempt people to travel. And that is not good practice now,” he said.

Nichols encouraged people to use the internet and other technology to “encourage one another.”

“When you phone your parents or your parents phone you, why not suggest that you end with a moment of prayer together? Say that Hail Mary, say a prayer that you know – but say it together. It’s a comfort and a reassurance,” said Nichols.

Similar provisions were also announced Tuesday by the Catholic bishops of Scotland.

On the website of the Bishops’ Conference of Scotland said that “the Bishops of Scotland agree that our churches should be closed during this period of national emergency for the common good.”

“There will be no celebrations of baptism or marriage but we will continue to offer prayers for those who have died and for their families who mourn their passing.”

“The Church is not only a building but the people of God at prayer wherever they may find themselves,” the Scottish bishops said. “We encourage all Catholics and all people of faith to pray unceasingly in their homes for our nation at this time in particular for our political leaders, our health care professionals and all those suffering from the virus. May this lived Lenten experience lead us to new life and healing at Easter."

On the CBCEW website, Nichols was quoted saying that the decision to close the churches came from a desire to be “good citizens,” and was the correct choice at this time.

The CBCEW website explained the imprudence of keeping churches open, even though the government did say it was permissible.

“None of [the government’s] four specific reasons for leaving home concur with the visiting of a church for solitary prayer,” said the statement. “In addition, keeping churches open could undermine the desire of the government for people to remain at home, the very fact of them being open may draw people out of their homes, many of which would be the most vulnerable to infection.”

The bishops’ conference said that they had received advice from Professor Jim McManus, vice president of the Association of Directors of Public Health. McManus had spoken with “a senior civil servant” who agreed that the carve out for houses of worship to remain open was “a mistake.”

“Keeping churches open sends an utterly inconsistent message and therefore they must be closed for the benefit of others and stopping infection,” said the statement.

While Catholic Masses, including funerals, baptisms, and weddings, have been suspended or postponed until further notice in the United Kingdom, other faiths are continuing with their traditions.

Chief Rabbi Ephraim Mirvis, the chief rabbi of United Hebrew Congregations of the Commonwealth, posted on Twitter that he was thankful for the religious exemptions in the order, which included that Jewish religious practices would be allowed despite the lockdown.

“I am deeply grateful to the Government for their efforts to ensure that even in these times of profound challenge, due consideration was given to Jewish and Muslim burial rites in emergency legislation,” said Rabbi Mirvis.

(162)
$9.99 (as of February 24, 2020 - More infoProduct prices and availability are accurate as of the date/time indicated and are subject to change. Any price and availability information displayed on [relevant Amazon Site(s), as applicable] at the time of purchase will apply to the purchase of this product.)

33 Days to Morning Glory: A Do-It-Yourself Retreat In Preparation for Marian Consecration

(1008)
$11.68 (as of February 24, 2020 - More infoProduct prices and availability are accurate as of the date/time indicated and are subject to change. Any price and availability information displayed on [relevant Amazon Site(s), as applicable] at the time of purchase will apply to the purchase of this product.)

(57886)
(as of February 24, 2020 - More infoProduct prices and availability are accurate as of the date/time indicated and are subject to change. Any price and availability information displayed on [relevant Amazon Site(s), as applicable] at the time of purchase will apply to the purchase of this product.)

(17646)
(as of February 24, 2020 - More infoProduct prices and availability are accurate as of the date/time indicated and are subject to change. Any price and availability information displayed on [relevant Amazon Site(s), as applicable] at the time of purchase will apply to the purchase of this product.)