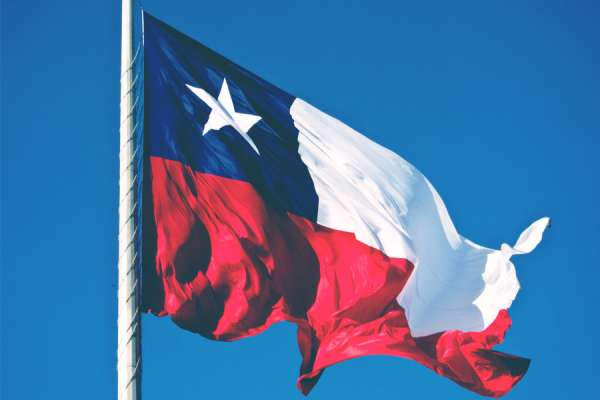 Santiago, Chile, Mar 16, 2020 / 04:01 pm (CNA).- The Standing Committee of the Chilean bishops’ conference has said that the country's government is too slow to respond to the concerns of protesters who have been demonstrating across Chile for nearly six months.

Anti-government demonstrations began in mid-October in Santiago over a now-suspended increase in subway fares. Other regions joined in the protests, expanding their grievances to inequality and the cost of healthcare.

A number of churches across Chile have been attacked and looted amid the demonstrations.

Protest marches in Chile often start our peacefully, but end up with clashes between the police and masked protesters, who often turn to attacking churches as well as public and private property.

Police and demonstrators have clashed and the police have used excessive force in  an attempt to restore order, resulting in hundreds of eye injuries due to the use of rubber bullets. At least 36 people have died during the protests.

The protests continue, despite curfews imposed in some parts of the country. Some demonstrators say they will continue until the country’s president steps down.

“Almost five months have gone by and Chile’s awakening has not been addressed with the speed and effectiveness expected in such grave matters as the unjust distribution of income, employment instability, minimum wages and pensions, the urgent need for access to healthcare, the just valuation of women in society and the protection of the most vulnerable groups, among other issues,” the bishops' committee said in a March 12 statement.

“We see that the main demands of society … have been put off in the priorities of those who make the decisions in Chile,” the bishops added.

The bishops said that they share “people’s reasonable discontentment with regard to the role that the authorities, legislators, and political and social leaders are assuming in face of these dramas.”

“We don’t understand why the necessary corrections that are promised aren’t making progress with the desired speed. The level of the political debate is disappointing with partisan squabbling and infighting, special interests or those of certain sectors of society, that are holding back agreements and accomplishments that would help the common good. Chile demands a fruitful dialogue in a context of civic friendship,” they said.

The committee pointed out that the episodes of violence “always harm the poorest people and violate people’s rights, are continuously reoccurring in various parts of the country and create a climate of fear and uncertainty which is doing grave harm.”

“We can’t let ourselves be overcome by this spiral of violence and terror. Democracy is a good that we must all care for,” they said.

The protests have put pressure on the administration of President Sebastián Piñera to introduce reforms, in addition to calling for the drafting of a constitution to replace that adopted in 1980 under Augusto Pinochet's military dictatorship.

This demand was accepted by the country’s politicians in November 2019. The first step toward a new constitution will be a citizen plebiscite, to be held April 26.

The bishops asked people to “calmly and confidently prepare” for that vote and that “for our vote be informed, it’s necessary to know (the problems), to reflect and discern on a personal, family, and communitarian level.”

The bishops encouraged people to work in community on the resources posted on the their website which will help them “understand how worthwhile it is to be present and participate in all the country’s important decisions.”

The bishops encouraged people to “not be afraid and to renew our hope in Jesus in this time of Lent which looks to the Resurrection of the Lord.”

“We can’t let ourselves be carried away with despair and fatalism. Let us continue to pray to Our Lady of Mount Carmel for Chile, for peace and justice, which are the pillars of a society that puts at the center the life and dignity of the person and the promotion of the common good,” they concluded.

(1262)
$11.99 (as of n/a - More infoProduct prices and availability are accurate as of the date/time indicated and are subject to change. Any price and availability information displayed on [relevant Amazon Site(s), as applicable] at the time of purchase will apply to the purchase of this product.)

(3971)
(as of September 3, 2020 - More infoProduct prices and availability are accurate as of the date/time indicated and are subject to change. Any price and availability information displayed on [relevant Amazon Site(s), as applicable] at the time of purchase will apply to the purchase of this product.)

Awareness: The Perils and Opportunities of Reality

(1072)
$12.99 (as of n/a - More infoProduct prices and availability are accurate as of the date/time indicated and are subject to change. Any price and availability information displayed on [relevant Amazon Site(s), as applicable] at the time of purchase will apply to the purchase of this product.)

The Meaning of Marriage: A Couple's Devotional: A Year of Daily Devotions

(199)
$16.27 (as of n/a - More infoProduct prices and availability are accurate as of the date/time indicated and are subject to change. Any price and availability information displayed on [relevant Amazon Site(s), as applicable] at the time of purchase will apply to the purchase of this product.)