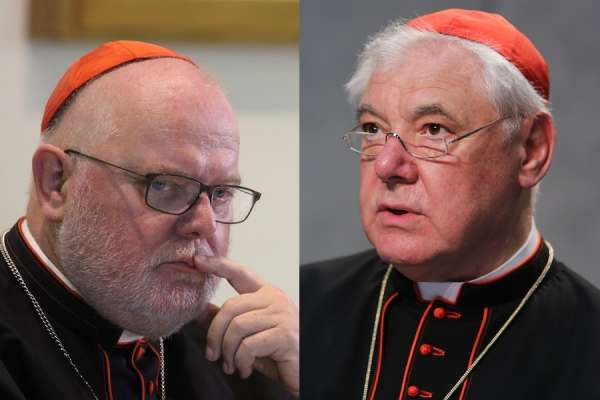 Catholic officials in Germany paid close attention to the 2019 Vatican synod that preceded the papal document, because synod recommendations to relax clerical celibacy norms and ordain women as deacons closely mirrored calls made by some leaders of a two-year Church synodal process taking place in Germany.

Pope Francis’ document did not respond affirmatively to those suggestions.

The Central Committee of German Catholics (ZdK), an influential lay group which is jointly managing the so-called synodal process with the German bishops’ conference, accused Pope Francis of a “lack of courage for real reforms” in his Amazonian exhortation.

The group has taken formal stances against Church teaching and discipline on a range of issues, and called for the ordination of women, the blessing of same-sex unions by the Church, and an end to clerical celibacy.

“With his post-synodal Apostolic Exhortation to the Amazon Synod, Pope Francis continues the path he has chosen. He addresses the whole people of God and all people of good will in a clear and understandable, also emotional language,” said a statement published on the ZdK website on Wednesday.

“Unfortunately, he does not find the courage to implement real reforms on the issues of consecration of married men and the liturgical skills of women that have been discussed for 50 years.”

The ZdK said that, following the publication of the working documents for the Synod on the Amazon the synodal deliberations last October, “expectations regarding concrete steps towards reform, especially with regard to access to the priestly office and the role of women, were very high.”

“We very much regret that Pope Francis did not take a step forward in his letter. Rather, it strengthens the existing positions of the Roman Church both in terms of access to the priesthood and the participation of women in ministries and ministries.”

While the lay committee’s apparently accepted that the pope has ruled out any meaningful change to clerical discipline, the head of the German hierarchy appeared to downplay the impact of Francis’s exhortation.

Cardinal Reinhard Marx of Münich, the outgoing head of the German bishops’ conference who attended the synod last year, released his own statement in response to the pope’s exhortation. Marx insisted that Francis did not close the door on German ambitions to end clerical celibacy, and called Francis’s letter, which has papal magisterial authority, “a framework for reflection.”

“Anyone who expected concrete decisions and instructions for action with the post-synodal letter from Pope Francis will not find them,” Marx conceded, while insisting that recommendations for change from the synod are “by no means off the table.”

“As is well known, the two-thirds majority of the 280 [synodal fathers] in the final synodal document also advocated for exceptions to compulsory celibacy and stimulated further reflection on the admission of women to the diaconate,” the German cardinal said.

“Against the background of the reform proposals discussed in Germany, these issues were particularly well received by the Church and public, but they were not the main topics of the synod.”

“This discussion will continue,” Marx insisted.

Although the final synodal document was “formally presented” along with the pope’s response, Cardinal Michael Czerny, SJ, and Cardinal Lorenzo Baldesseri both emphasized during the Vatican press conference that it has no magisterial weight and does not authorize any diocesan bishop to ordain married men.

In contrast to the resignation and protests expressed, another German churchman welcomed the pope’s document.

Cardinal Gerhard Müller, prefect emeritus of the Congregation for the Doctrine of the Faith welcomed Querida Amazonia, saying the pope “does not want to fuel existing political, ethnic and inner-Church conflicts and conflicts of interest, but rather to overcome them.”

“The Pope does not draw from [the final synodal document] any dramatic and disconcerting conclusions,” Cardinal Müller wrote in his own response on Wednesday.

“Rather, he wishes to offer the Church and all people of good will his own answers, in order to help to ensure a ‘harmonious, creative and fruitful reception of the whole synodal process’.”

Müller said that the text could have “the reconciling effect of reducing internal Church factions, ideological fixations and the danger of inner emigration or open resistance.”

The cardinal said the pope has made an important call for renewed missionary commitment and zeal from all the faithful for the Amazon region, and underscored the dignity and mission of the laity.

“The lay faithful are not defined by the fact that they can do everything except that which is exclusively reserved to priests, but by their participation in the total mission of the Church on the basis of Baptism and Confirmation,” Müller wrote, noting that “the importance of the ecclesial ministries of laymen and women, who ‘are called in various ways to direct collaboration with the apostolate of the hierarchy,’ is rightly recalled” by the pope.

Pope Francis, Müller said, had made a clear choice in his non-treatment of the demands for dramatic changes to the clerical state and the divisions these had caused in the wider Church.

“The Pope does not want to fuel existing political, ethnic and inner-Church conflicts and conflicts of interest, but rather to overcome them.”

“It is to be hoped,” the cardinal wrote, “that the interpreters of this document will refrain from unnecessary harshness and take up the concerns of the Holy Father like true sons and daughters of the Church in a spirit of agreement and collaboration.”