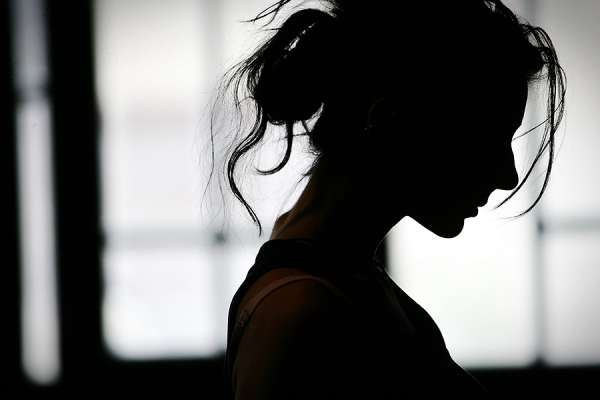 Santiago, Chile, Dec 26, 2019 / 11:04 am (CNA).- The Vicariate for Social Pastoral Care of Caritas in the Archdiocese of Santiago takes in every year hundreds of women and their children, victims of domestic violence who find in their shelters comprehensive care to be able to get on with their lives.

According to figures from the Center for the Study and Analysis of Crime of the Undersecretariat for Crime Prevention, in 2018 there were 64,361 complaints in Chile related to domestic violence, and of these, 76% were against women.

That same year, Caritas' Social Pastoral Care took into its two shelters in Santiago 86 women and 115 children. Today, 30% of its residents are immigrants.

Robelledo explained that that is a Sernameg program run by the Archdiocese of Santiago which consists in providing a quality temporary residence for women over 18, with or without children, who are experiencing violence from their partner, husband, or ex.

In the shelters the women are taught about the risks and consequences of violence and strategies for self-care and for developing autonomy. The children are given psychological help and given tools for self-knowledge and awareness of their environment, as well as crisis intervention. They are also made to understand that they in no way deserved the violence they were subjected to and are taught how to incorporate strategies to protect themselves.

According to Rebolledo, “one of the hardest things to work on and overcome is changing their understanding of affective relationships and the concept of the ideal family, since their learned interrelationships are characterized by following patterns of dependence, submission, and subordination, causing, in the majority of cases, the women to treat their sons and daughters with the same kind of violence they have experienced.”

Caritas' pastoral ministry endeavors to have people question the roots of violence and commit to building a “more just and equitable society.”

“It emphasizes the expression of a just, fraternal and solidary society where every man and woman has the right to a full and abundant life,” Rebolledo said.

The victims “need to understand why they were experiencing a violent situation and how they got there,” so their sense of guilt is lessened and they put an end to the mistreatment, she noted.

“Networks of family and friends play a key role. Active listening, empathy, support, not judging and information are fundamental. That they know and feel they are not alone,” the social worker pointed out.

One of the people who has benefited from from the homes is Sandra, 41, who for years was mistreated by her ex-partner and the father of her three children. In 2014, she asked for asylum with the pastoral ministry and after eight months was able to resume her life without violence.

“Drugs, alcohol and machismo had a played a big part. I put up with so much violence because he was the breadwinner. The episode that I remember the most and that triggered my leaving was once when I was cooking beans, and he didn't like them. He threw all the food in my face, then he knocked me up against the stove and began to shoot, in the air, because he had a pistol,” she related.

“They asked my daughter at school what gift that money cannot buy she would like to have. She replied: 'That my dad would never hit my mom again.' After that the school called me and I let it all come out. For the first time, I let go of my fear and I told everything I had gone through for five years and then I came to the shelter,” she recalled.

Sandra acknowledged that “it was hard at first, but they helped me here and especially my children. After the eight months that I was here at the home, I was afraid to leave and live elsewhere with my children, but I got up the courage to do so and thanks be to God it went well for me. I managed to get a job as a waitress and was able to pay the rent.”

What Is Lent And Why Is It Important?
Eastern Catholic bishops in US have particular pastoral concern for immigrants
Catholic Prayers For Kids

Story of a Soul: The Autobiography of St. Therese of Lisieux (the Little Flower) [The Authorized English Translation of Therese's Original Unaltered Manuscripts]

(682)
$10.75 (as of n/a - More infoProduct prices and availability are accurate as of the date/time indicated and are subject to change. Any price and availability information displayed on [relevant Amazon Site(s), as applicable] at the time of purchase will apply to the purchase of this product.)

(694)
$15.99 (as of n/a - More infoProduct prices and availability are accurate as of the date/time indicated and are subject to change. Any price and availability information displayed on [relevant Amazon Site(s), as applicable] at the time of purchase will apply to the purchase of this product.)

(244)
$5.95 (as of n/a - More infoProduct prices and availability are accurate as of the date/time indicated and are subject to change. Any price and availability information displayed on [relevant Amazon Site(s), as applicable] at the time of purchase will apply to the purchase of this product.)

(227)
$9.95 (as of n/a - More infoProduct prices and availability are accurate as of the date/time indicated and are subject to change. Any price and availability information displayed on [relevant Amazon Site(s), as applicable] at the time of purchase will apply to the purchase of this product.)