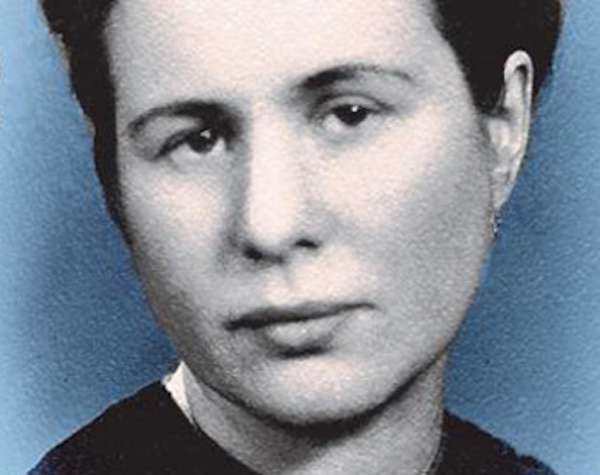 Los Angeles, Calif., Dec 23, 2019 / 11:07 am (CNA).- The true story of Irena Sendler, a Polish Catholic woman who helped smuggle thousands of Jewish children out of the Jewish ghetto in Warsaw during World War II, will feature in a new historical thriller film produced by and starring Israeli actress Gal Gadot.

Gadot, an Israeli actress well-known for her 2017 role as Wonder Woman, is co-producing the film, “Irena Sendler,” with her husband Jaron Varsano as the first project for their new production company, Pilot Wave.

“As producers, we want to help bring stories that have inspired us to life,” Gadot and Varsano told Deadline. “Pilot Wave will create content that promotes the perspectives and experiences of unique people and produce impactful stories aimed at igniting the imagination.”

According to Deadline, the new film will focus on Sendler’s underground activities and her arrest, and “the drama becomes a race against time to save not only herself but the identities of the hidden thousands who’ll face certain execution.”

Irena Sendler was a 29 year-old social worker for the city of Warsaw when the German army occupied the city in September 1939. Using her connections from work, Sendler did what she could to help the persecuted Jewish people of Warsaw.

A little over a year later, nearly 400,000 Jewish people – almost all of the remaining Jews in Warsaw, and roughly 30% of the total population of the city – were rounded up and forced to live together in a cramped 1.3 square miles called the Warsaw Ghetto.

Conditions in the ghetto were grim – space was crowded, food was scarce, and the sanitary conditions were horrendous. It was sealed by a 10-foot wall with barbed wire on top and heavily guarded by German soldiers to ensure no one could get in or out.

Undeterred in her determination to help the Jews, and risking her own safety, Sendler was able to obtain a permit through her work connections that allowed her to enter the ghetto under the guise of inspecting its sanitary conditions, according to Yad Vashem, the World Holocaust Remembrance Center.

In reality, she was working with Jewish organizations inside the ghetto to smuggle out as many Jewish children as she could, who were then placed in either Christian homes or in institutions run by Catholic nuns.

According to The Irena Sendler Project, she was able to get children out of the ghetto in ambulances, or through the still-standing courthouse located on the edge of the ghetto, through the sewage system, and on a few occasions by using dogs. There was also a Christian church next to the ghetto guarded by the Germans, and a Jewish child who could convincingly recite some Christian prayers could sometimes use this as an escape route.

In 1942, Sendler, who went by the underground name of Jolanta, became an active member of the Council for Aid to Jews (Zegota), which helped rescue those still left in the ghetto after mass deportations took some 280,000 Jews to the extermination camp Treblinka.

Sendler eventually became director of Zegota’s Department for the Care of Jewish Children in September 1943, months after the Warsaw Uprising left the ghetto destroyed and thousands more Jewish people either killed or deported. It is estimated that Sendler and her associates were able to save 2,500 Jewish children from the ghetto.

In October 1943, Sendler was arrested for her underground activities and sentenced to death, though members of the underground resistance were able to bribe her prison guards for her release in February 1944. Before her arrest, she had been able to hide any information that would have led to the capture of the Jewish children she had helped to save or the people protecting them.

In 1965, Irena Sendler was recognized by Yad Vashem for her life-saving efforts, when she was named one of the Righteous Among the Nations, an honor bestowed on non-Jews for their efforts to help the Jewish people during the Holocaust at great personal risk. She was also granted honorary citizenship by Israel in 1991.

What Is Lent And Why Is It Important?
Eastern Catholic bishops in US have particular pastoral concern for immigrants
Catholic Prayers For Kids

(1025)
$11.99 (as of n/a - More infoProduct prices and availability are accurate as of the date/time indicated and are subject to change. Any price and availability information displayed on [relevant Amazon Site(s), as applicable] at the time of purchase will apply to the purchase of this product.)

Jesus Calling: Enjoying Peace in His Presence (with Scripture References)

(18346)
$8.49 (as of n/a - More infoProduct prices and availability are accurate as of the date/time indicated and are subject to change. Any price and availability information displayed on [relevant Amazon Site(s), as applicable] at the time of purchase will apply to the purchase of this product.)

(244)
$5.95 (as of n/a - More infoProduct prices and availability are accurate as of the date/time indicated and are subject to change. Any price and availability information displayed on [relevant Amazon Site(s), as applicable] at the time of purchase will apply to the purchase of this product.)

(2279)
$13.62 (as of n/a - More infoProduct prices and availability are accurate as of the date/time indicated and are subject to change. Any price and availability information displayed on [relevant Amazon Site(s), as applicable] at the time of purchase will apply to the purchase of this product.)