It’s time to update this blog once again. Little Bear is taking a nap and the rest of the kids are at school. I’m sitting in my favorite spot on the comfy brown chair, with my soft brown blanket on my lap and Fox News on the television in front of me.  This is my happy spot. The place where I go to think about my day, relax, drink my coffee in the morning and drink my glass of wine in the evening.  This week has been unseasonably cool here in Chicago, so my blanket keeps my lap warm.

A lot has happened this week. Momma Robin’s babies hatched on Tuesday,  we got an official closing date and time for the new house, the kids and I went to my hometown of Stoughton to celebrate Syttende Mai, Kitty lost her Kindle then found it then lost it again and then found it, we are impatiently waiting on the insurance company for Monkey’s new prescription, I started working for a big brand on a social media campaign, and Goose has been busy working – and she’s lovin’ it. 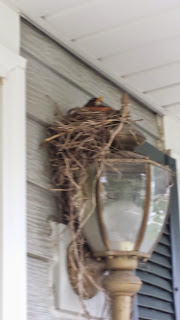 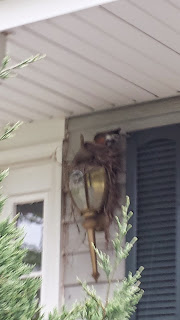 On Tuesday morning after I took the kids to school, Bear and I witnessed something beautiful.  We were walking to the front door and Daddy and Momma Robin were perched on their nest. Daddy handed Momma a worm and she passed it into a tiny beak.  We saw God’s beautiful creation in action and it was amazing. I wish I had my camera.  I’ve tried to capture the baby chicks, but all I could get are these photos.

Momma appears poofy because she has babies underneath her. I think she’s keeping them warm. When I approach the door and she is in her nest I talk to her and tell her that she is a good Momma. She’s getting braver around the kids too and doesn’t fly away every time they get close to her nest. Here’s some more photos. 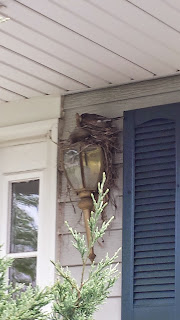 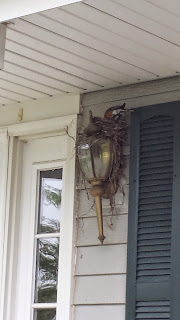 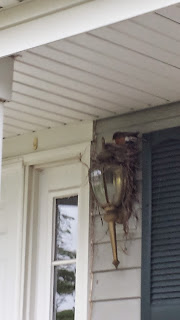 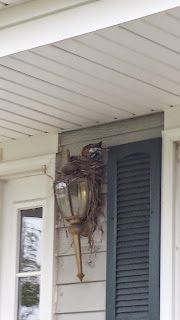 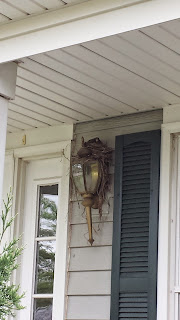 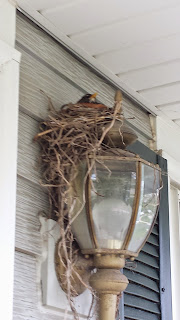 Chris is down in Tennessee this week but he’s kept me updated through text messages on the progress of our new home we recently purchased.  All the paperwork for the mortgage has been signed and approved, the current owners fixed everything that was recommended by the inspection and we officially have a date and time for closing.  We close on June 5, 2015. I am super excited! I can finally have a garden again, my kids will have a nice basement to play in and we will be within walking distance of their school.  The process has gone so smooth.

Syttende Mai was a lot of fun. Chris drove the kids and I up to Stoughton to visit my parents and go downtown for the festivities. Goose went to some kind of cartoon convention in Rosemont so she didn’t go with us to Stoughton. She dressed up as a character from one of her favorite anime shows and hung out with her best friend who did the same thing. I am not nerdy enough to understand these conventions.  All I know is that she had a great time.

The kids behaved in Stoughton for the most part and we ended the weekend with a parade. Here are a few photos of the parade. 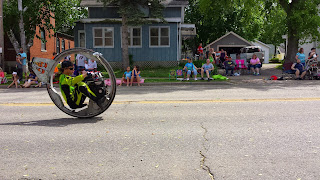 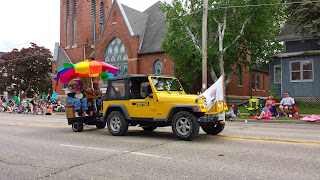 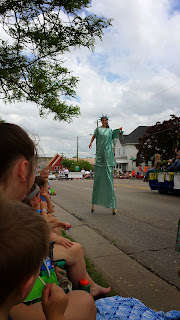 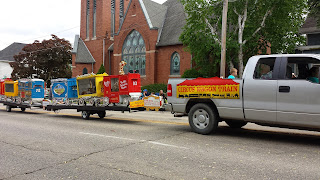 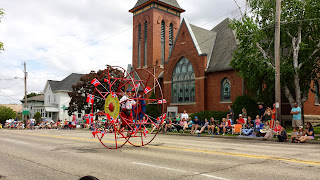 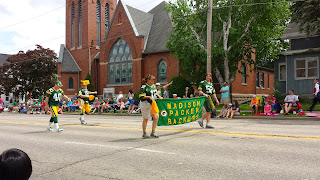 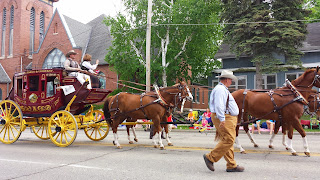 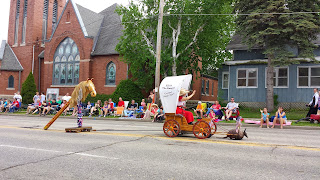 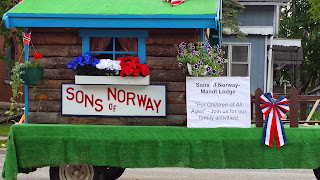 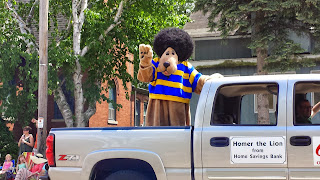 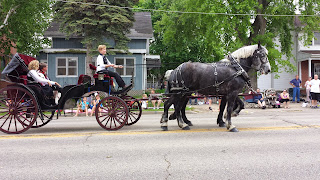 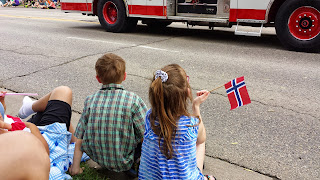 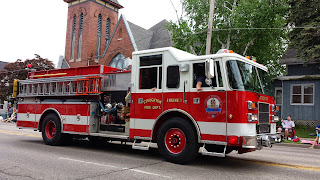 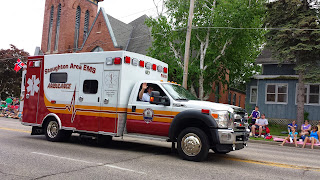 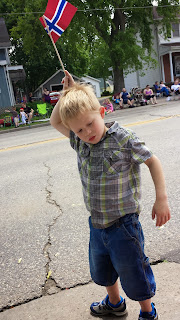 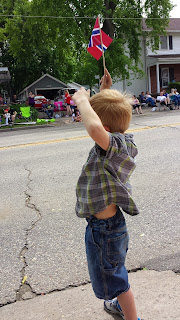 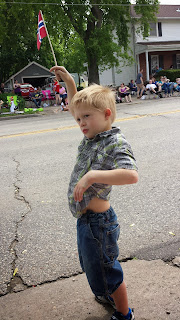 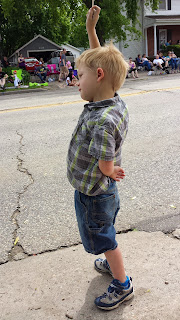 The day after we got back from Stoughton I unpacked the suitcase and my bag and put everything away. All the clothes were washed, folded and placed in the dressers or closets.  I took all the toys and little things they got from the parade out of my bag and placed them in a safe spot.  When evening arrived Kitty asked me if I’d seen her kindle.  I couldn’t remember where it was. I asked her if she had it at Grandma and Grandpa’s and she said she didn’t. Then I remember I had placed it on their counter and it never moved.  Oh, no! Did I leave her kindle at my parents house?

I called my mom, left her a message and frantically searched the house.  When I finally talked to my mom on the phone she said that they did not have the kindle. We said a few prayers and I got a feeling that I needed to search the cupboard that I just organized the day before.  There it was. That was Tuesday.

Then yesterday the kids piled in the van so I could take Goose to work. Kitty decided to take her kindle along. We were not home for very long until we needed to leave again for choir practice at church,  Kitty wanted to take her kindle to church but she couldn’t find it. She swore that she left it on the floor of the van. When we got home from choir practice I searched the van but couldn’t find it. It was dark and I couldn’t see much.  I drilled each of her brothers to find out if they had seen the gadget. Parrot said he saw it on Kitty’s lap when we went to take Goose to work. Finally we all went to bed and I was hopeful we would find it in daylight.

This morning before I took the kids to school I searched the van once more. Within minutes I found the kindle underneath the passenger’s seat.  I’m glad that ordeal is over!

Monkey’s  psychiatrist took him off of Ritalin and prescribed Adderall.  He was hyper and aggressive in school even on the Ritalin so the switch made sense.  When I finally got the written prescription from the Pioneer Center on Tuesday I took it over to the pharmacy right away.  Little Bear came with and I promised him I would get him a little something if he was good.  The pharmacy stated that it would be about a half an hour to fill the medication. So, we walked around the store. Bear found a Hot Wheels car that he wanted and I placed it in the shopping cart. Then, I got called back to the pharmacy. I thought that his prescription was ready, but got disappointed when I found out why they called me back.  Because Monkey doesn’t turn 6 until July, the insurance company is requiring authorization from his doctor before they can fill the Adderall. What!! So we left with just a Hot Wheels car and un-medicated Monkey has been hyper and aggressive at home and at school ever since.  He’s driving me nuts! We are still waiting on the prescription. And we need him to be on it for at least a week so we can monitor his behavior in school while on the Adderall. That way we will know if it is working or if we need to put him on a higher dose or try a different medication.  The kids have less than three weeks left of school. I am screaming inside!!

I got hired to help with a big social media campaign but am not meeting my click through goals.  I am supposed to get a total of 465 clicks on my special link before the campaign ends on June 4. I need 40+ clicks every single day in order to reach the goal.  I have done several other social media campaigns in the past and reached or surpassed the click goal, but for some reason no matter what I do I can not get enough. This is leaving me frustrated, irritated and extremely stressed. I have several ideas to try to get the clicks, but they take time, lots, and lots of time to implement. Time that would take me away from my family, housework, and sleep.  But, I need the money. I get paid per click and we can really use the money. We just bought a house, and Monkey needs to be in a sport, but right now we can’t afford sports.  I am losing my mind and sleep over this.  I think I just need to work harder.

Meanwhile, Goose is working and she loves her new job.  Too bad I can’t get a normal job.  All I have are my websites, an unfinished book, and the occasional freelance jobs.  I guess family is more important than money.