Christmas is just six days away and Happy the Elf has been busy keeping an eye on the Talbert kids.  Every night he goes to the north pole to report to Santa and in the morning he returns, sometimes in the most unusual places. 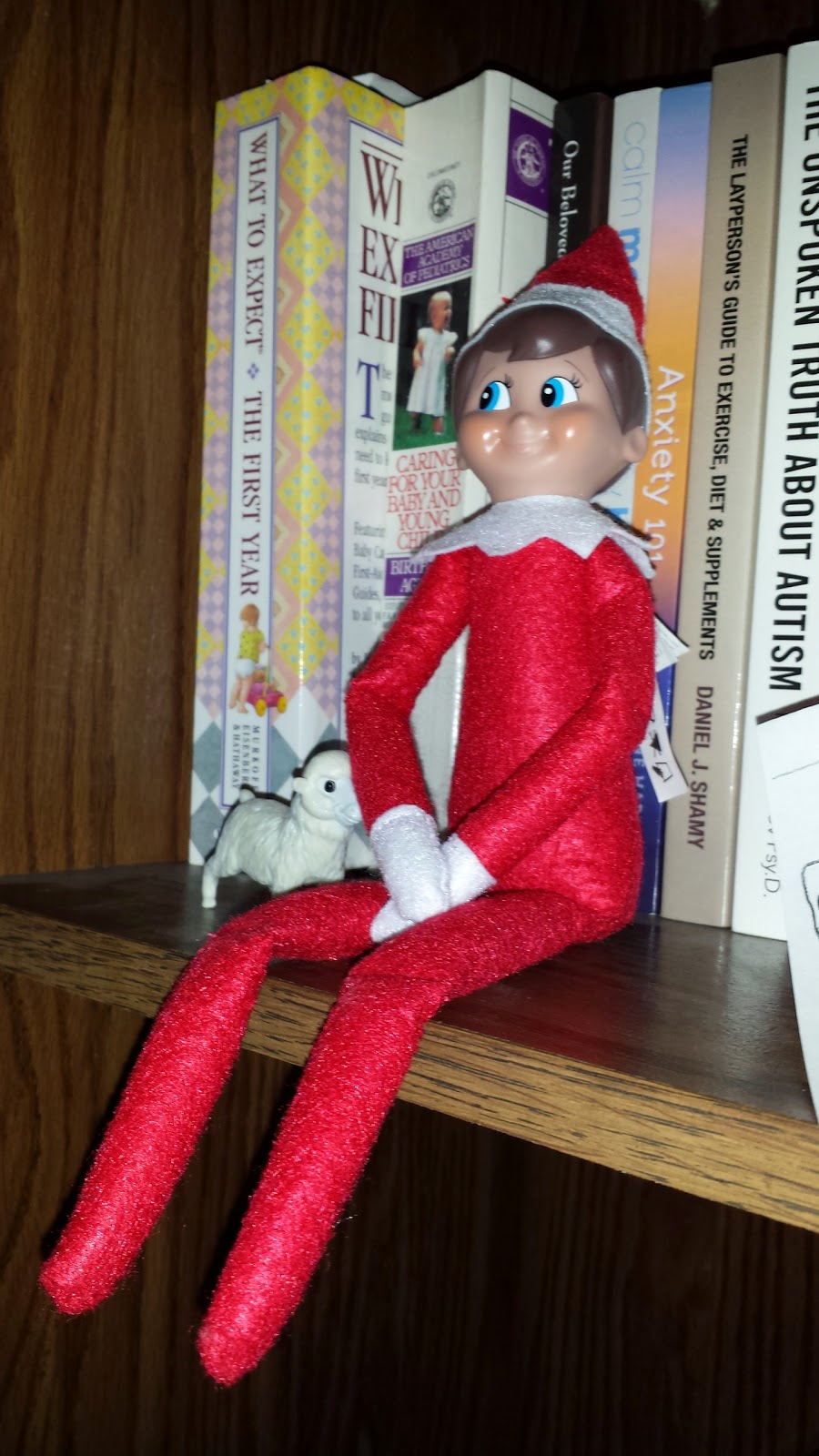 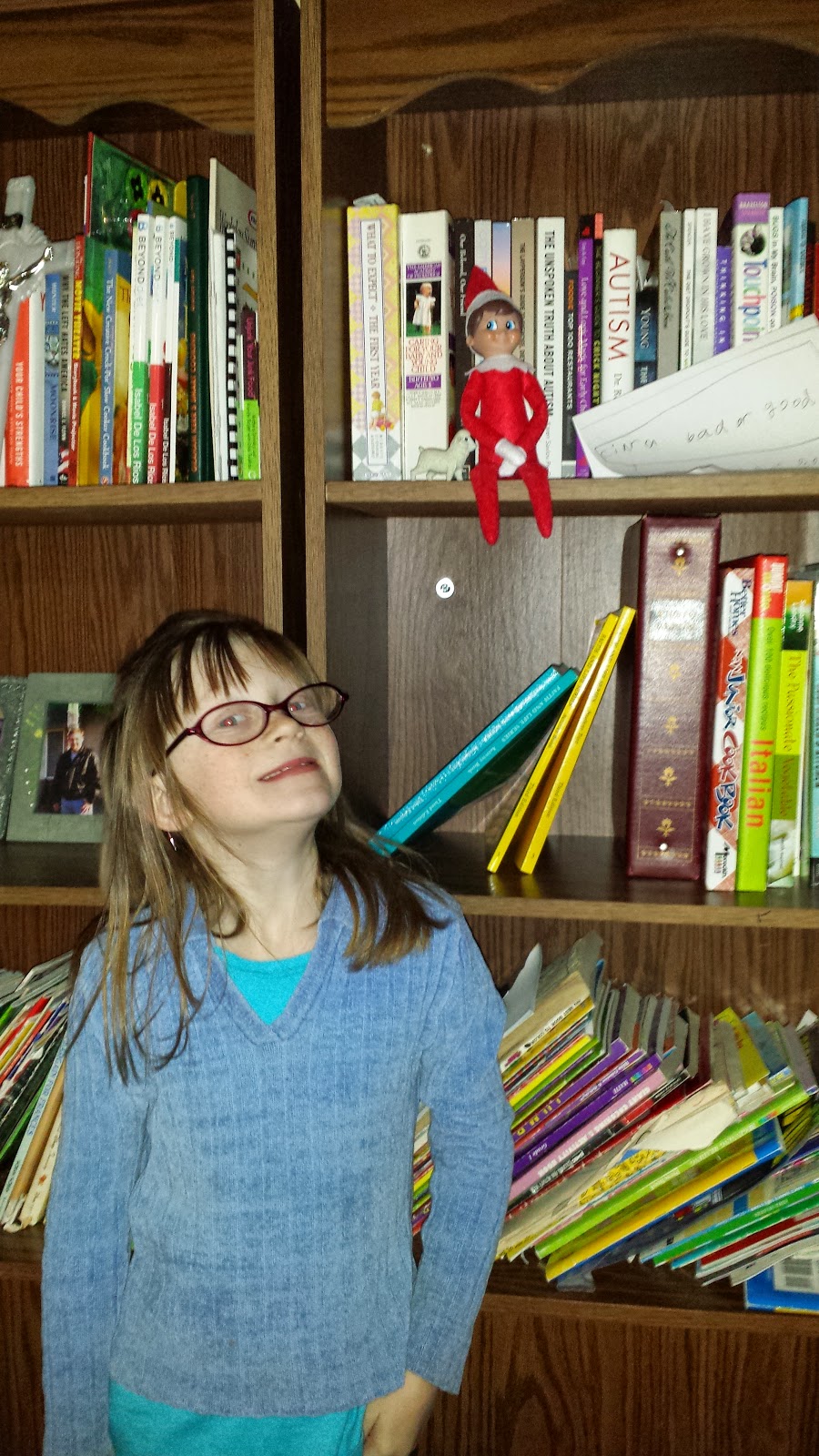 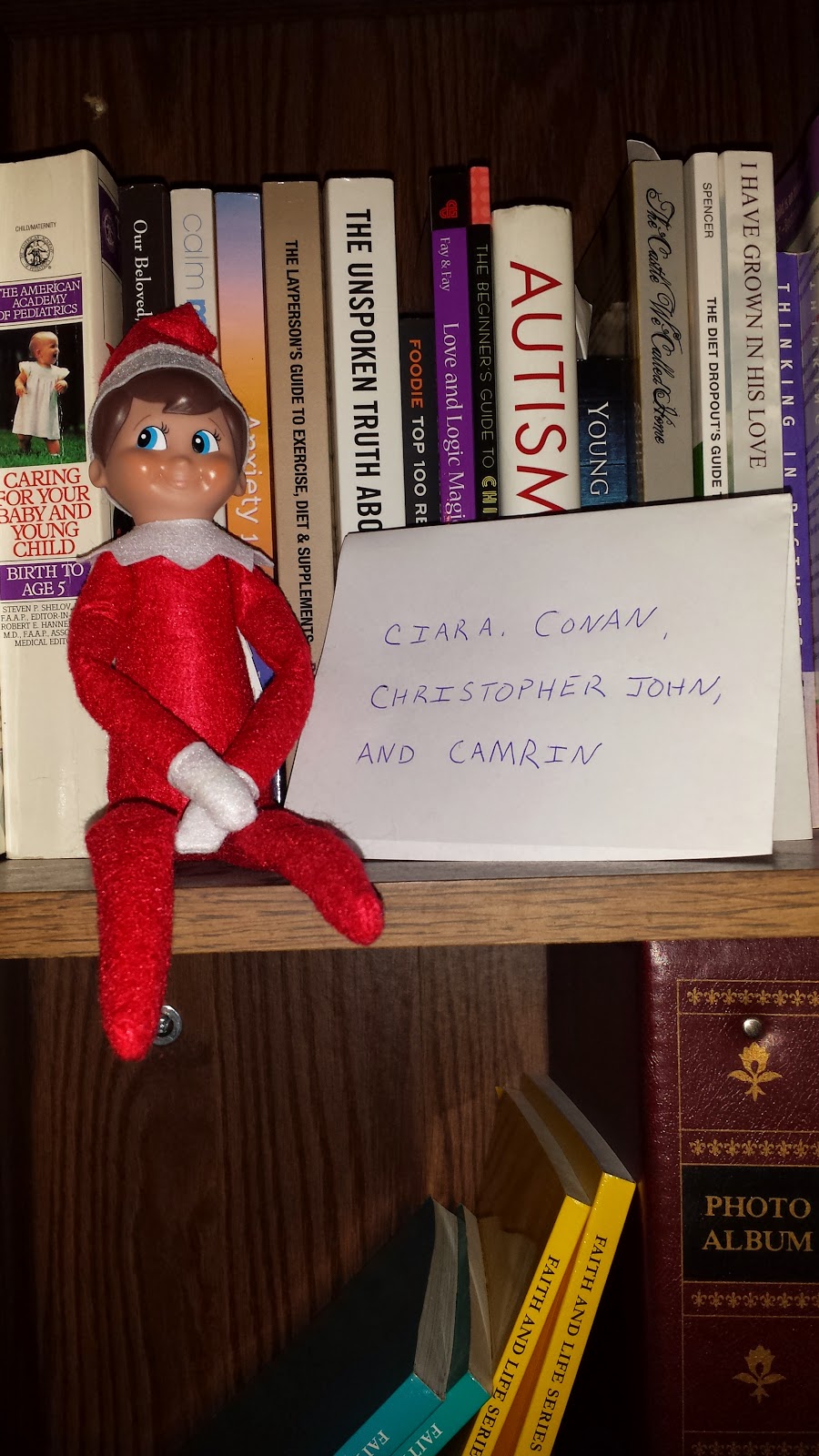 On the morning of December 1, Kitty spotted our little elf friend on the shelf of our book case.  He looked like a kind and friendly little elf, so the kids quickly named him Happy. Happy lives up to his name. He is indeed a kind and caring little elf and never gets into mischief. 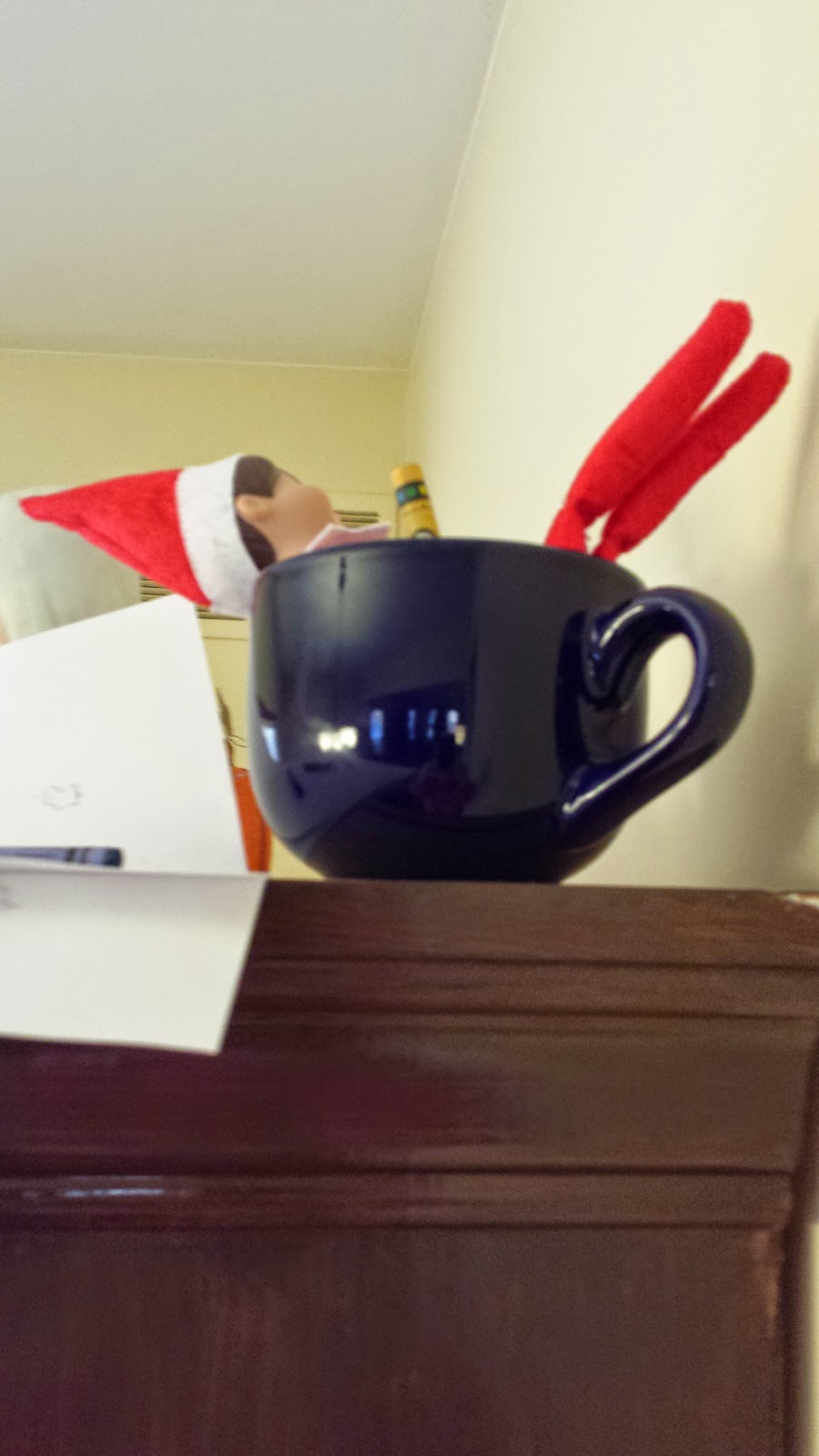 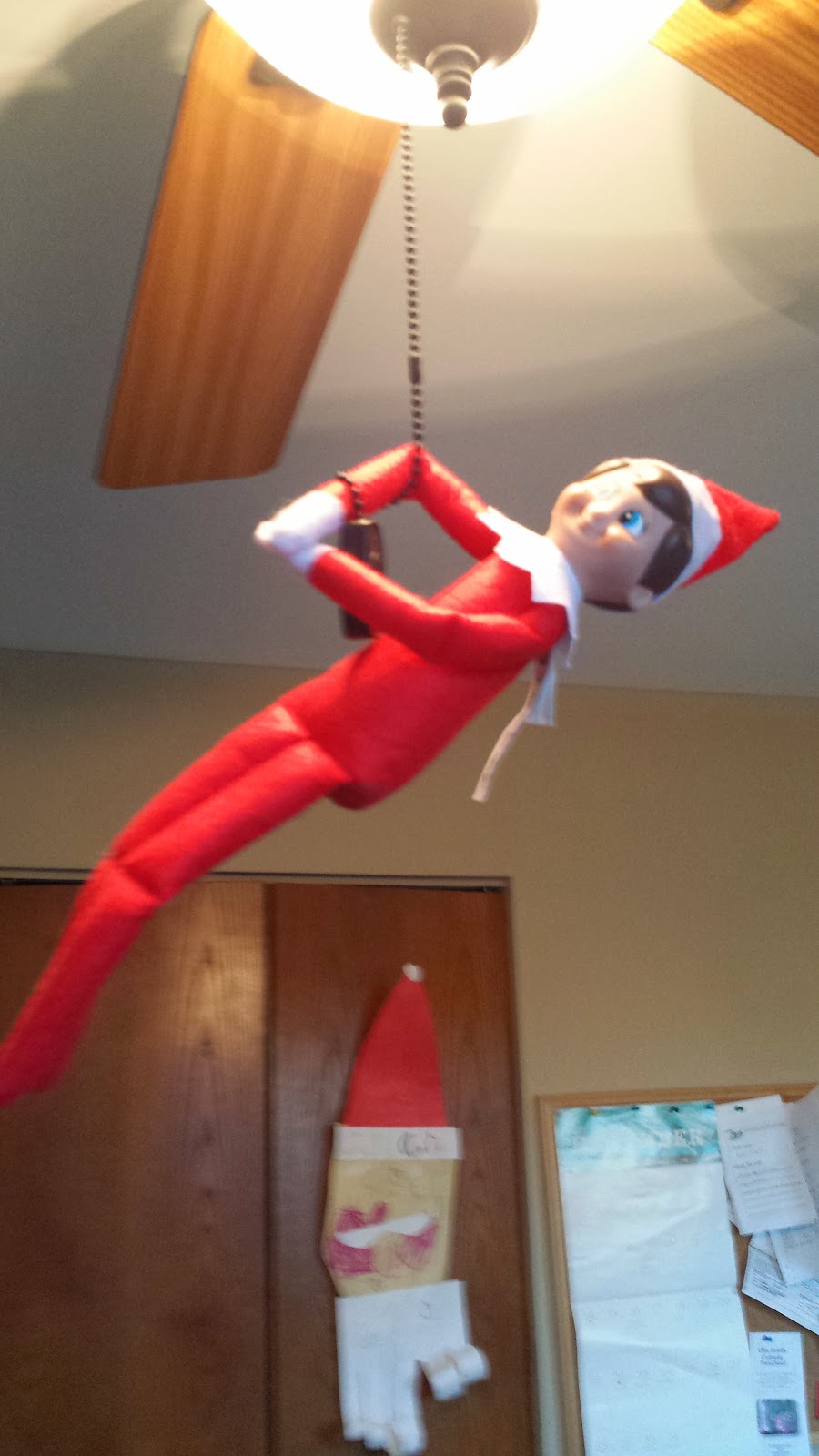 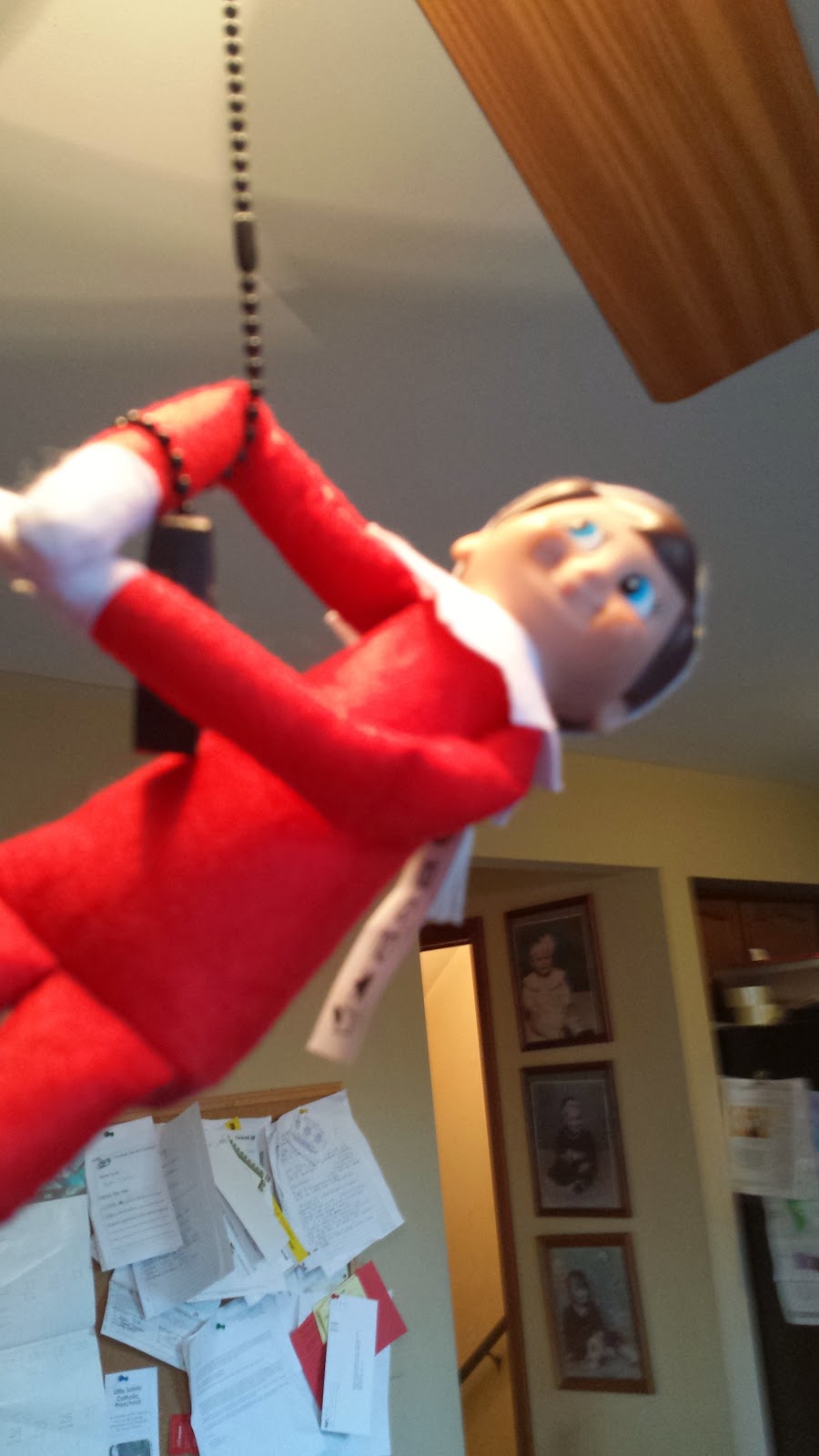 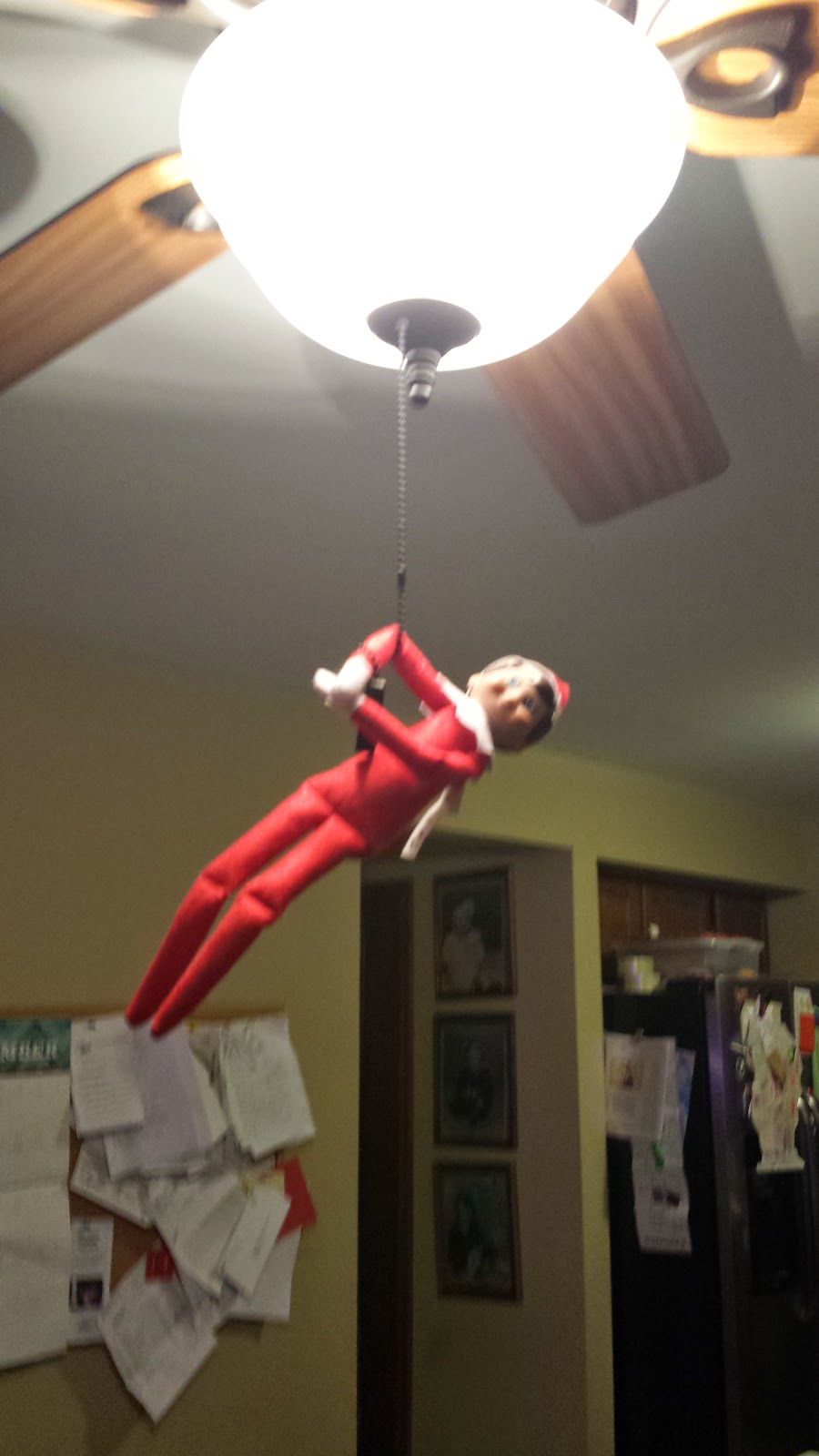 On the morning of December 3, Happy was once again in a mad rush to return to the kids. He was in so much of a hurry that he ended up clinging to the chord of our light fixture in the kitchen. 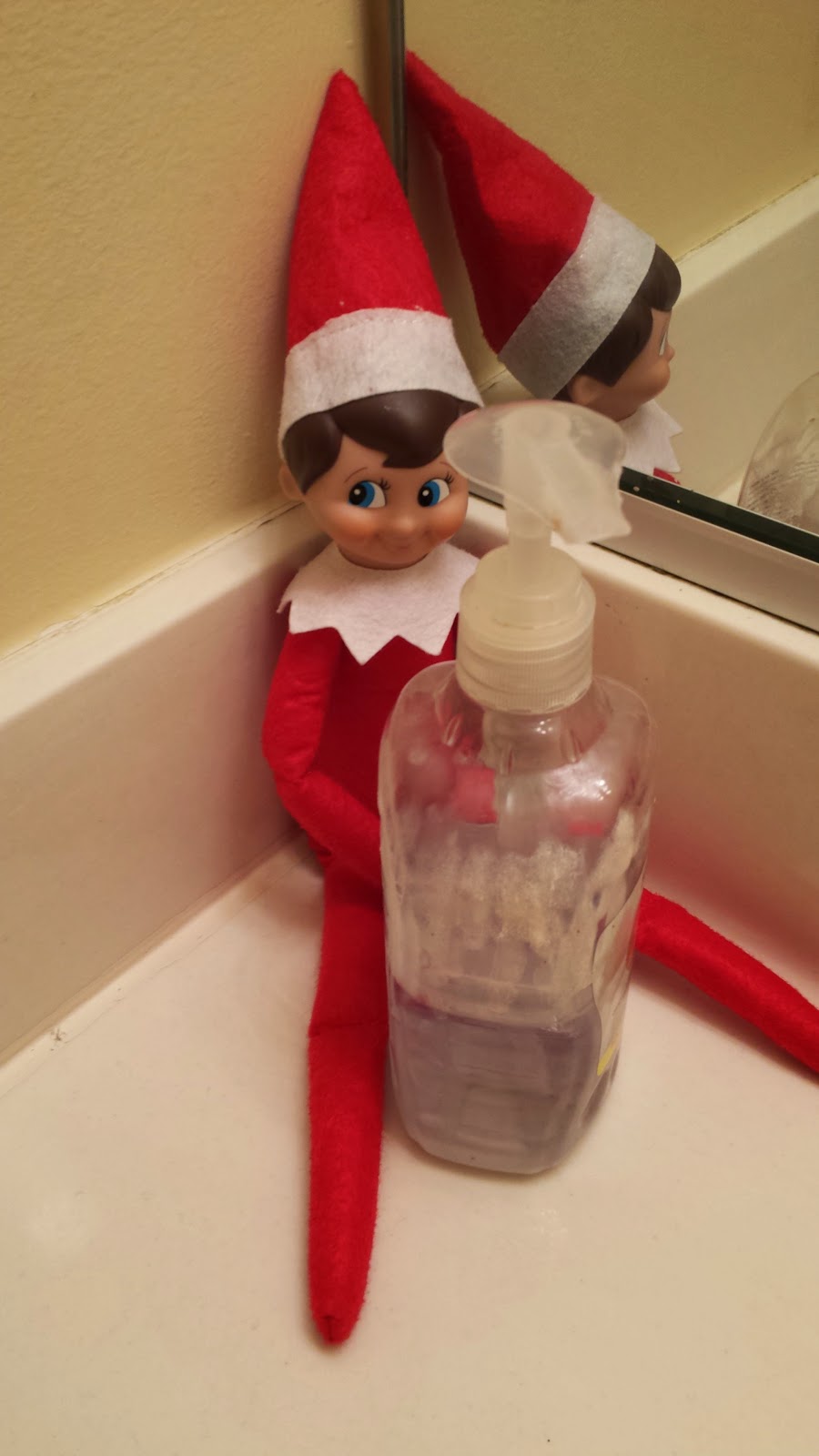 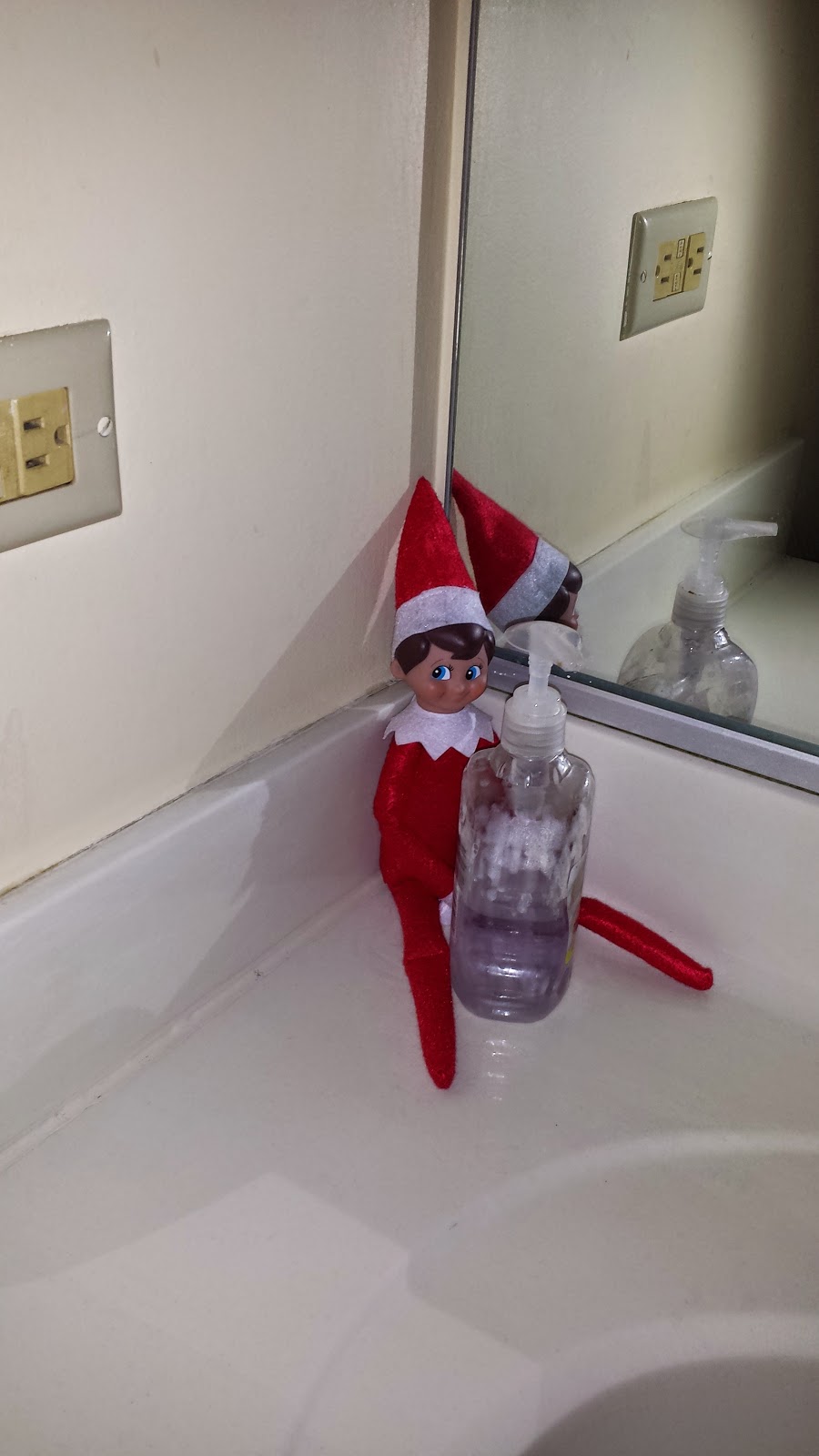 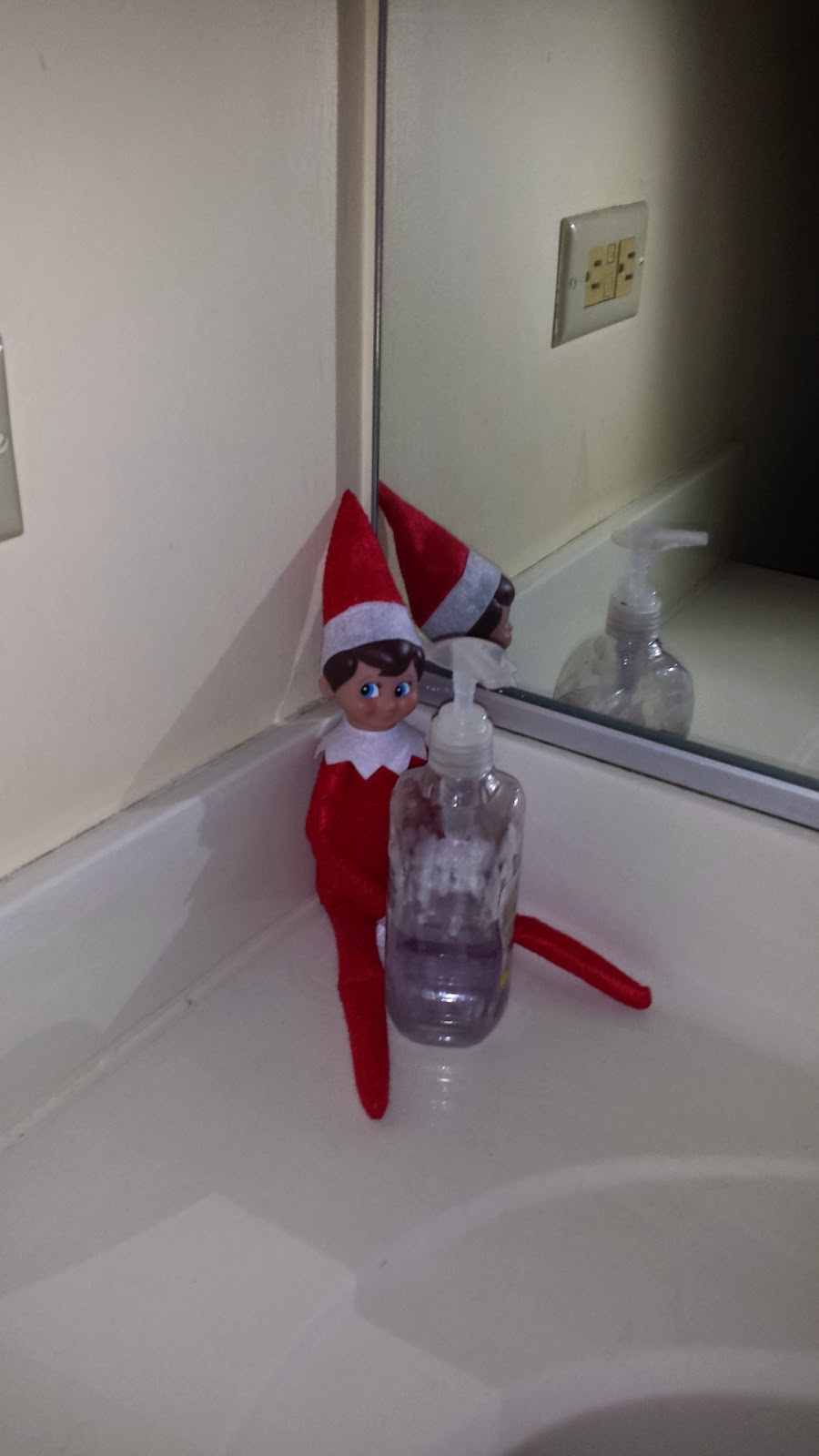 On December 4, Happy tried harder to hide from the kids.  But, he was quickly spotted behind the hand soap in the bathroom downstairs. 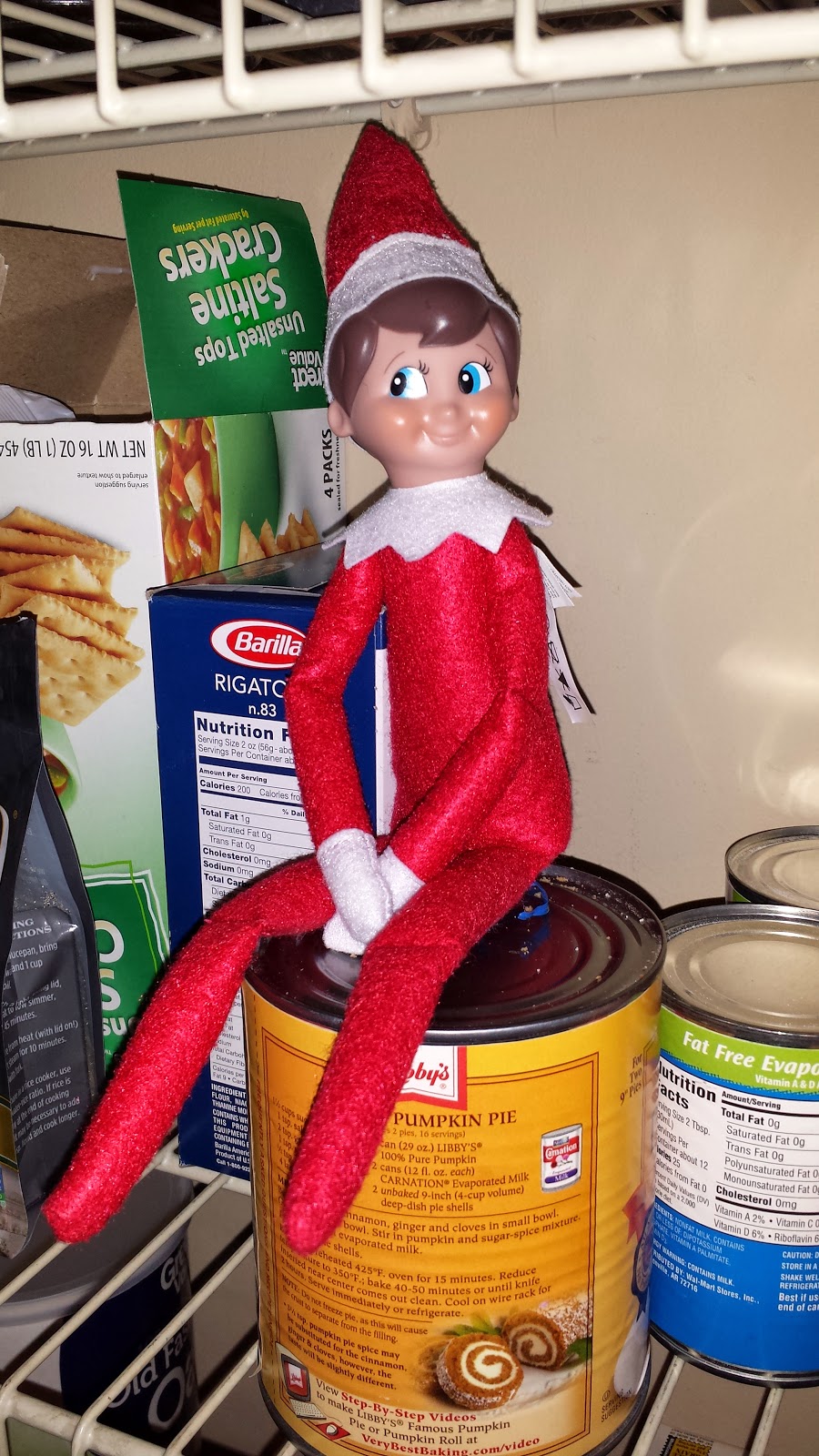 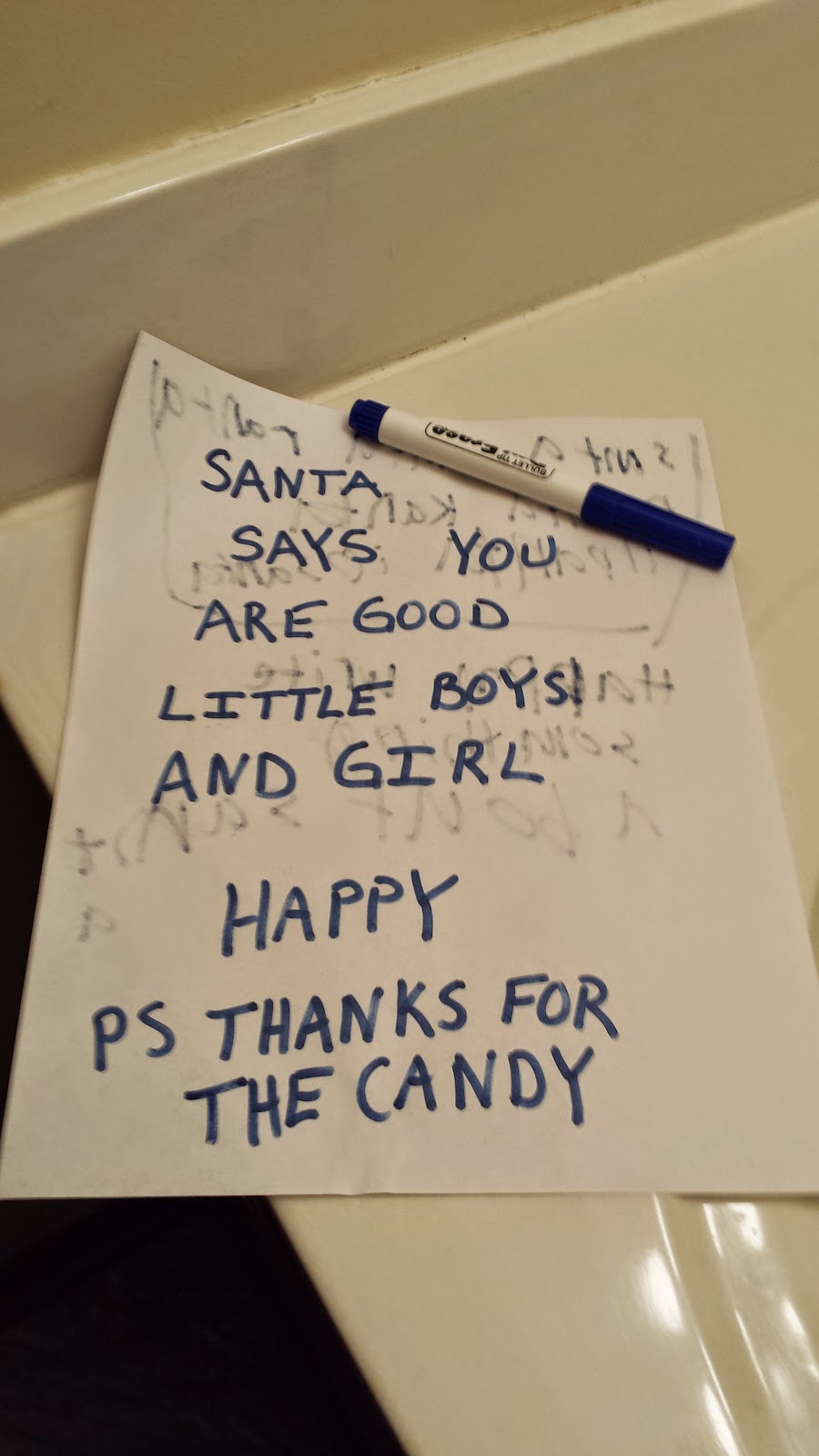 By December 5, the kids learned that Happy has a sweet tooth.  They left him some candy the night before which Happy thanked them for in this note.  Upon his return from the North Pole he decided to hide in the pantry.  After all, that is where all the food is! Happy is a hungry little elf. 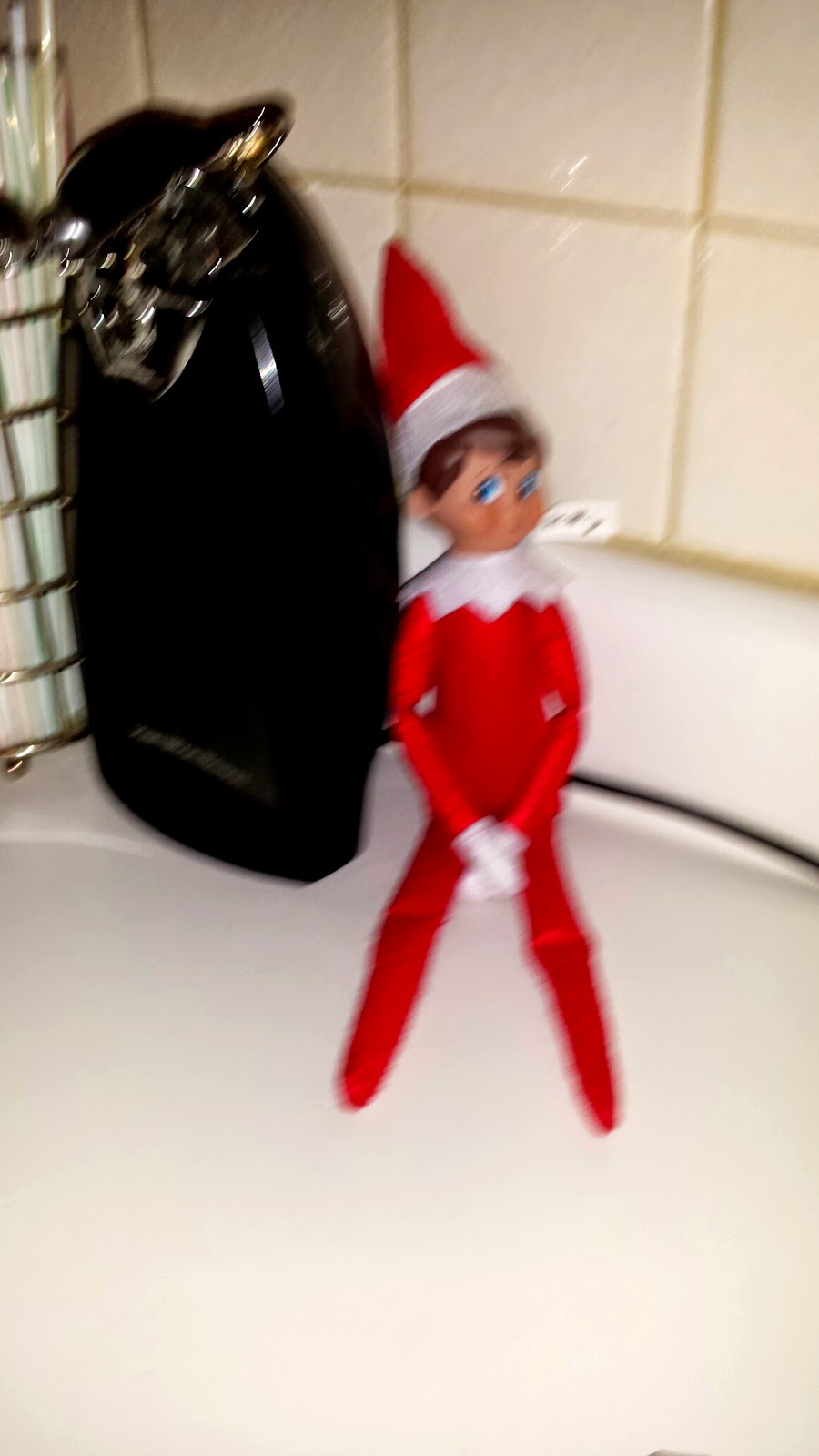 I think Happy was in a hurry on December 6, because the kids found him in plain sight on the kitchen counter.  You can do a better job hiding, Happy! 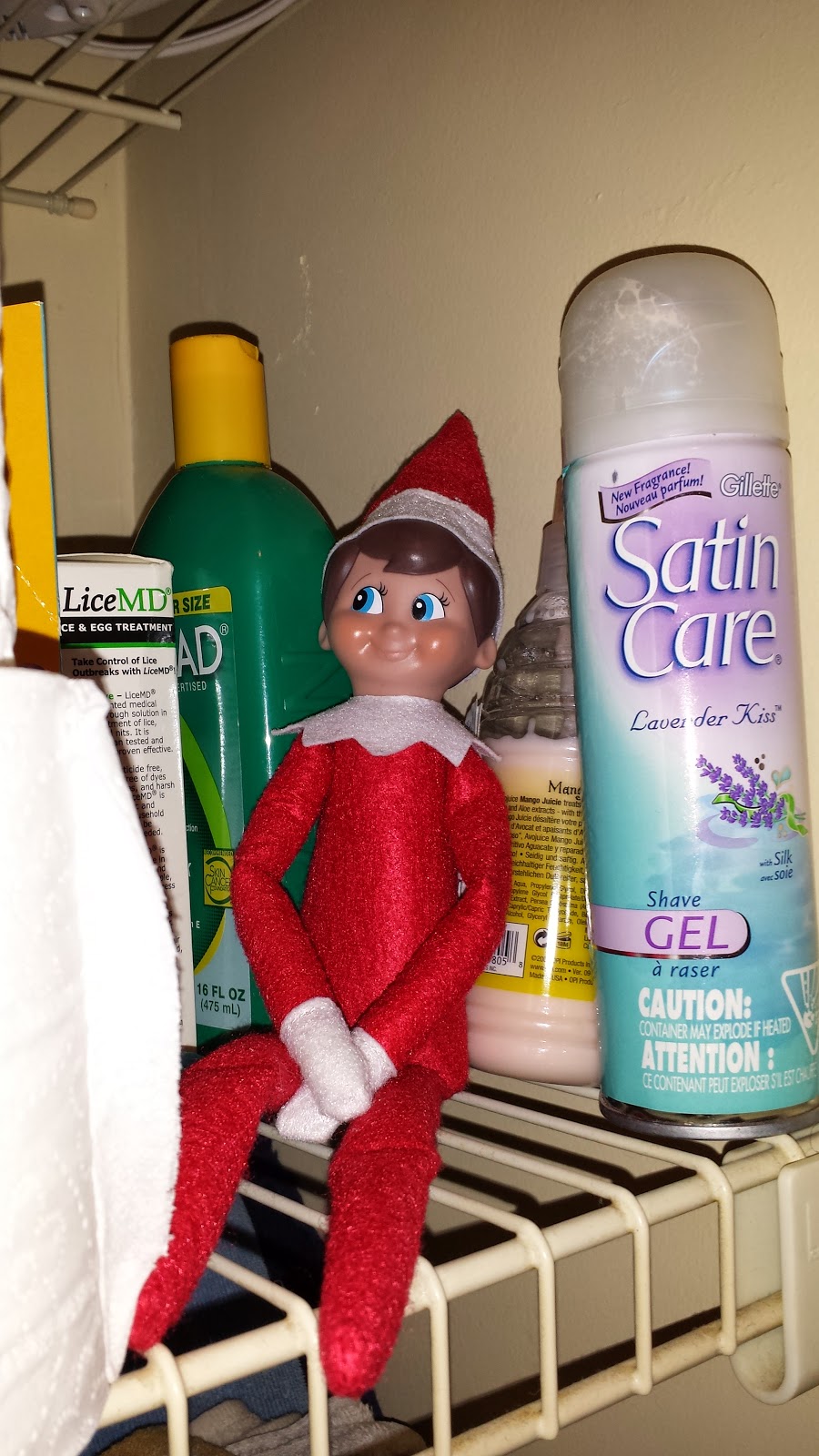 The kids searched high and low on the morning of December 7.  This time Happy found a better hiding spot.  He was spotted behind Goose’s toiletries in the kids’ bathroom upstairs. 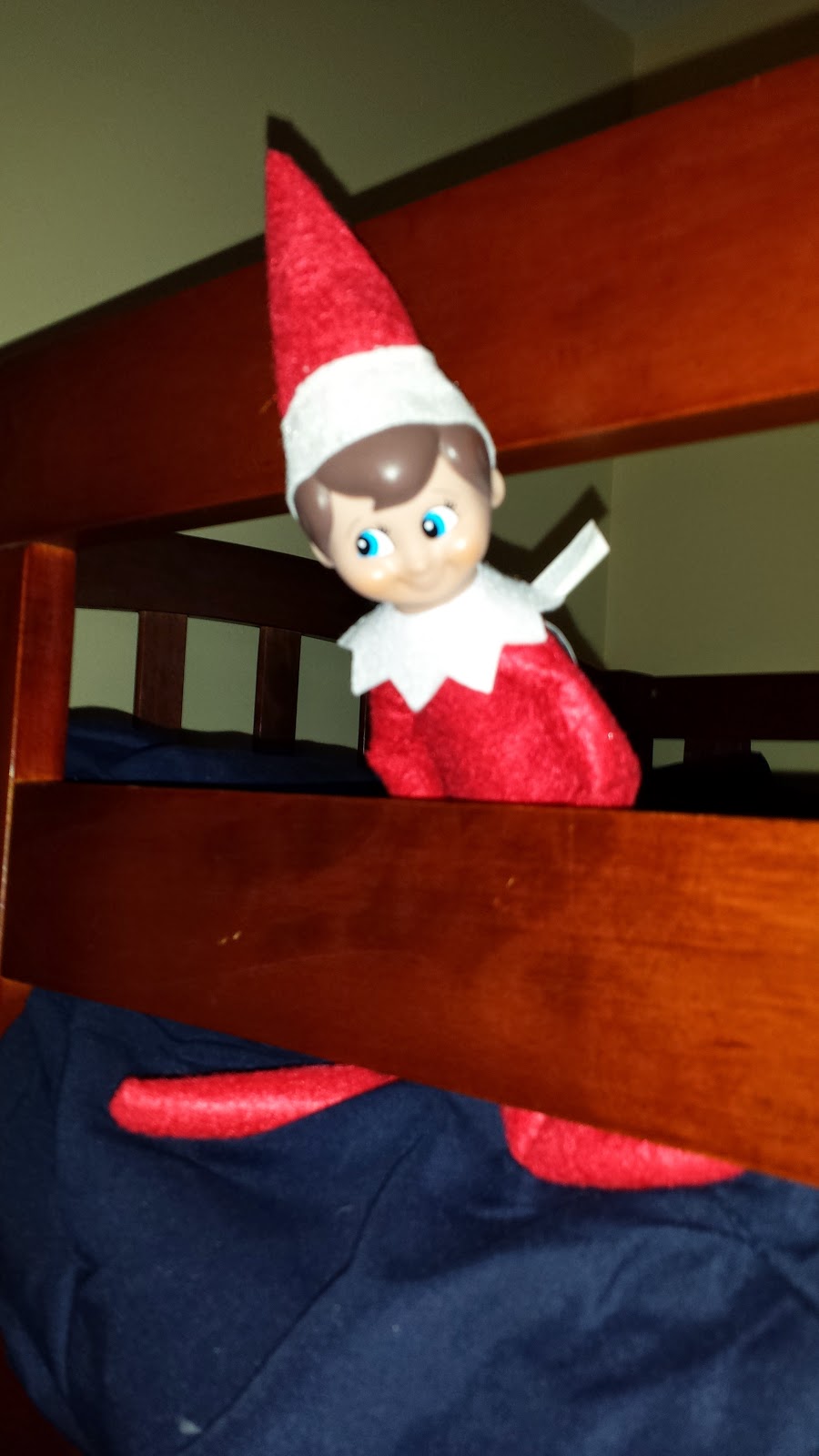 When the kids misbehave Happy knows that they need to be watched a little closer.  Monkey needed to be warned that if he doesn’t behave Happy will report him to Santa.  On December 8, Happy was spotted in Monkey and Bear’s bedroom, looking down from the top bunk. 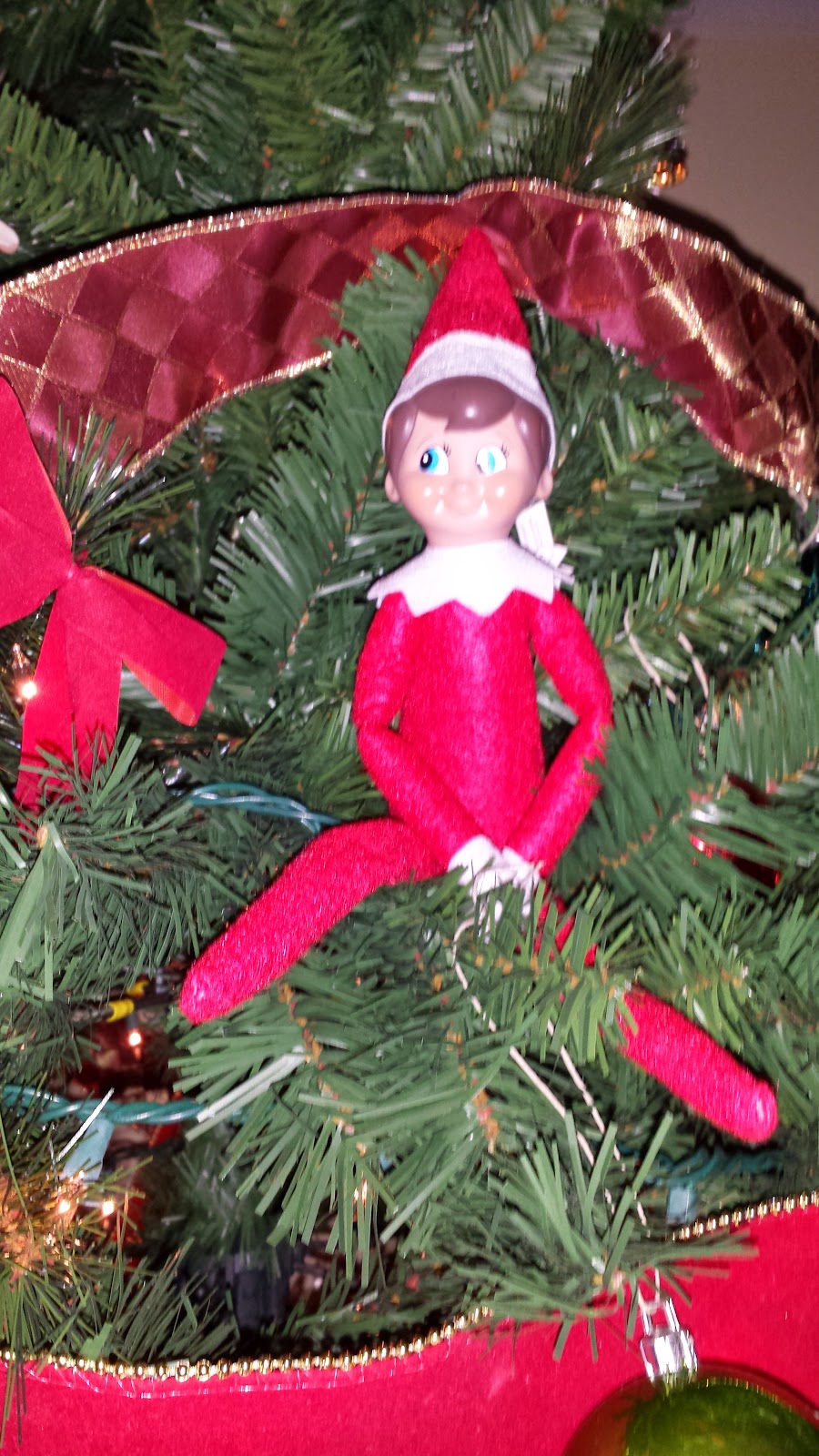 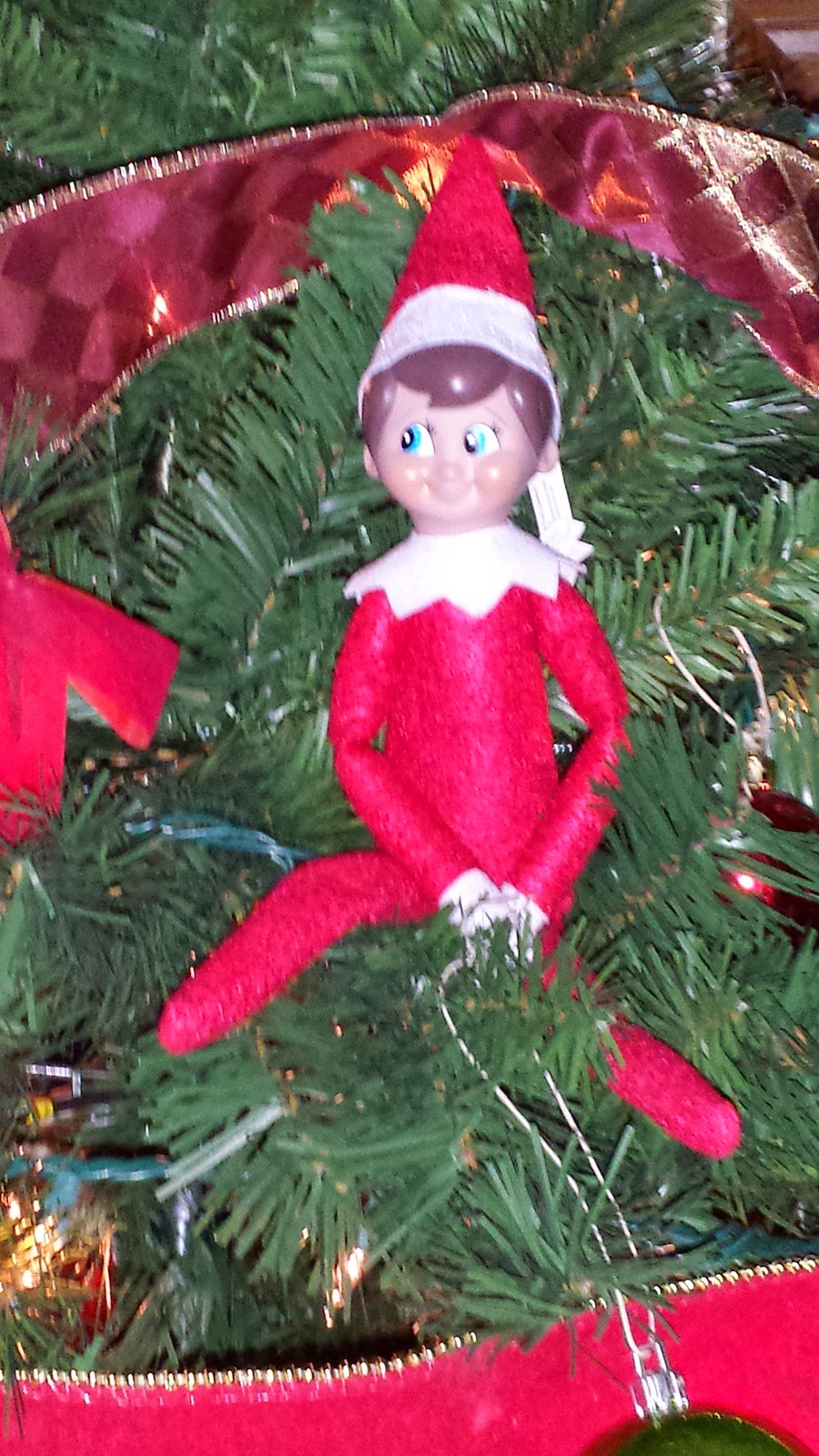 On December 9, Happy made himself at home on the Christmas tree.  He looked just like an ornament.  Good camouflage Happy! 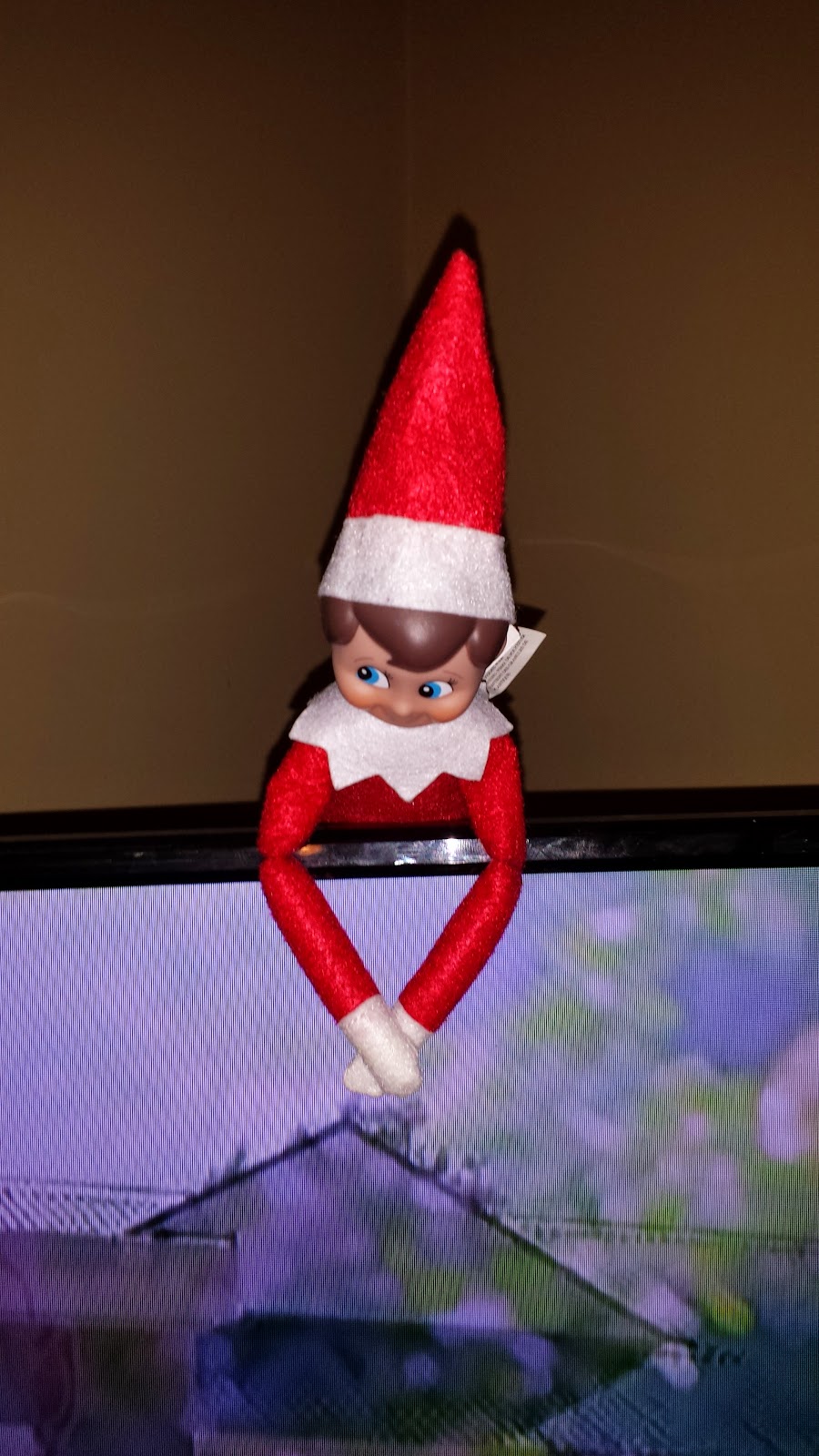 Happy was running late again on December 10.  He was spotted clinging to the top of the television. I think the elf meeting that night ran a little too long. 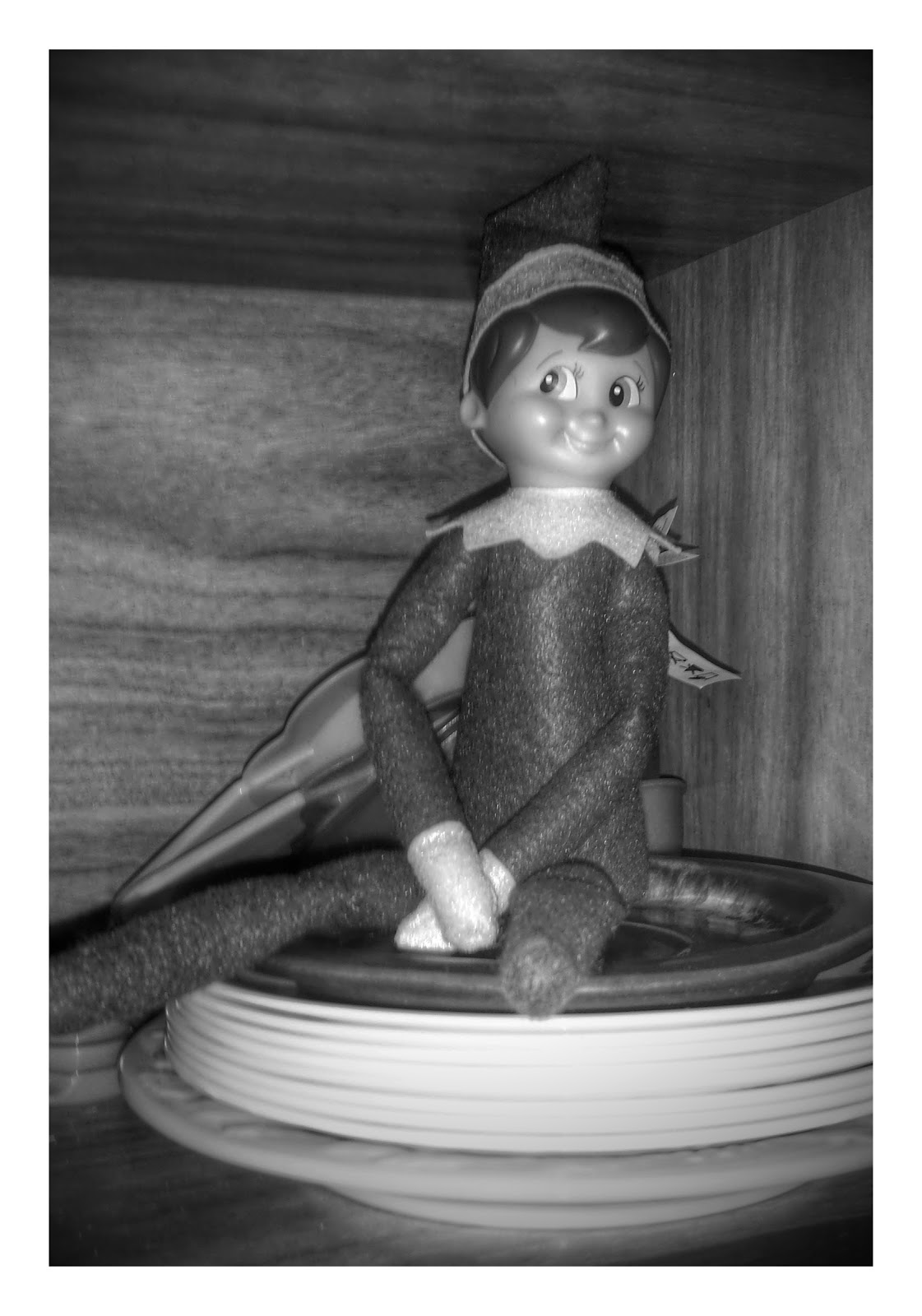 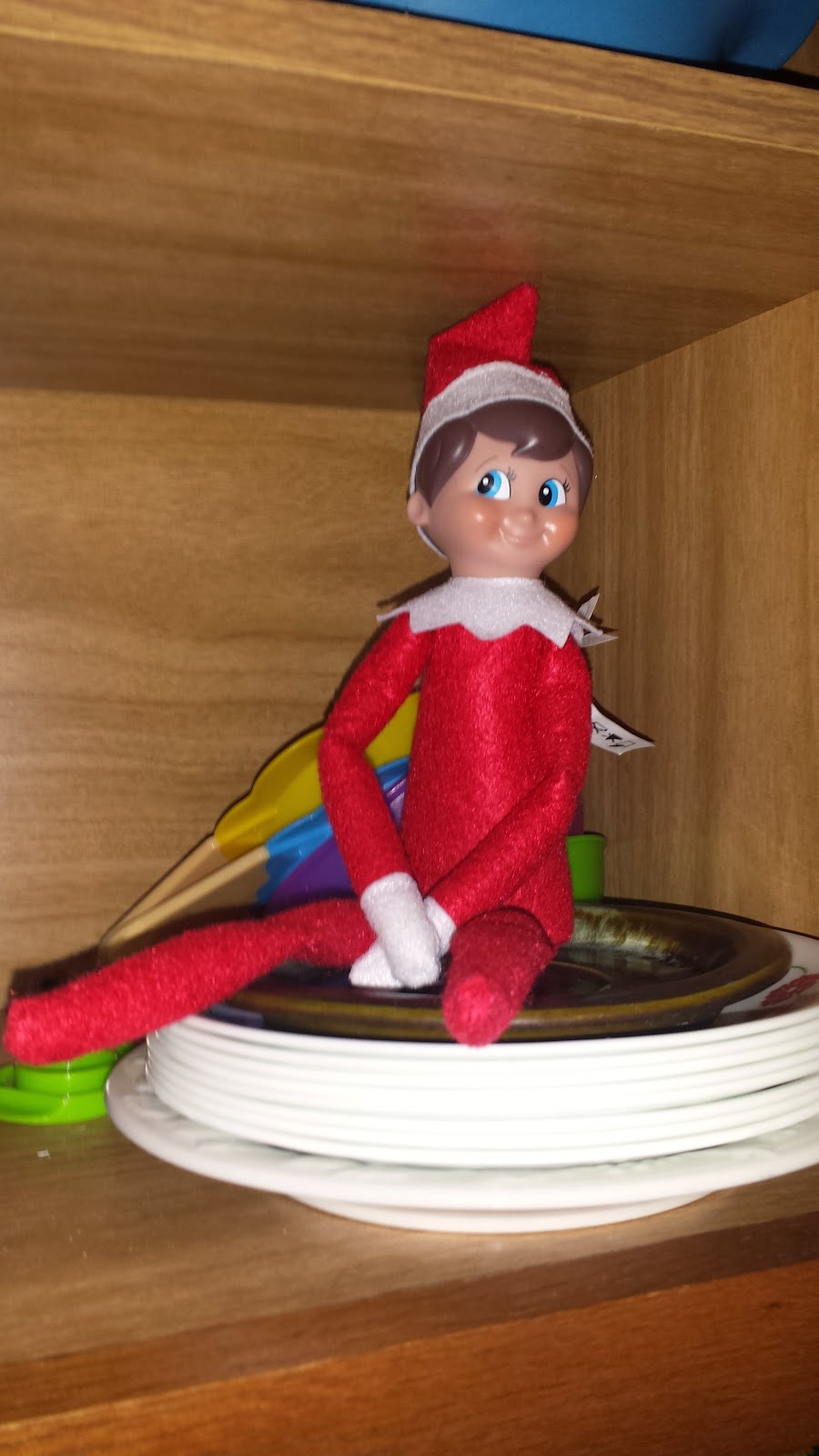 December 11 was a better day for Happy.  This time he found a nice little hiding spot on top of some plates in the kitchen cupboard. Good job, Happy! 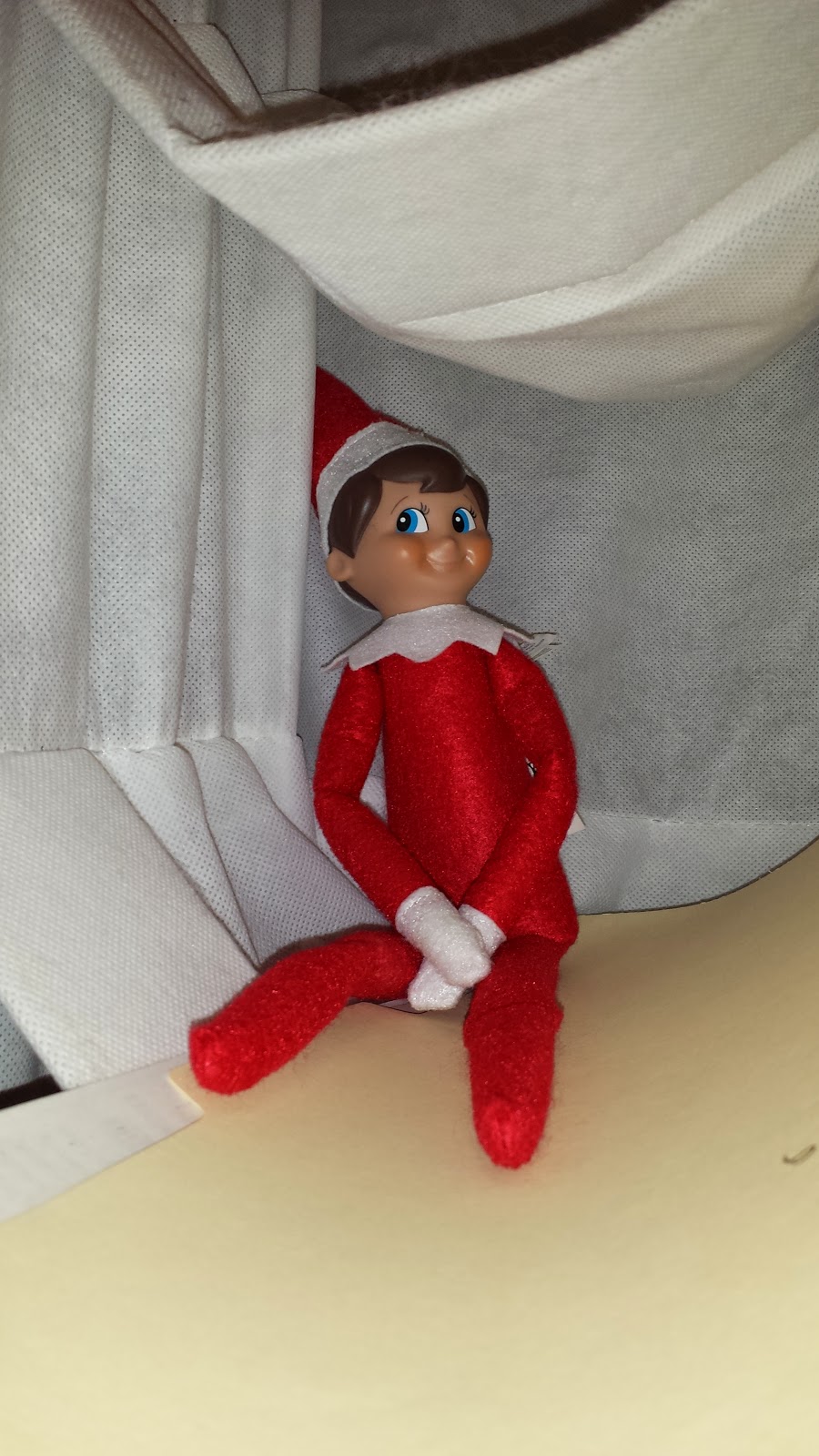 The kids searched all day long for Happy on December 12.  He wasn’t found until bedtime.  Happy decided that Kitty needed some extra surveillance, for he was spotted in her closet. 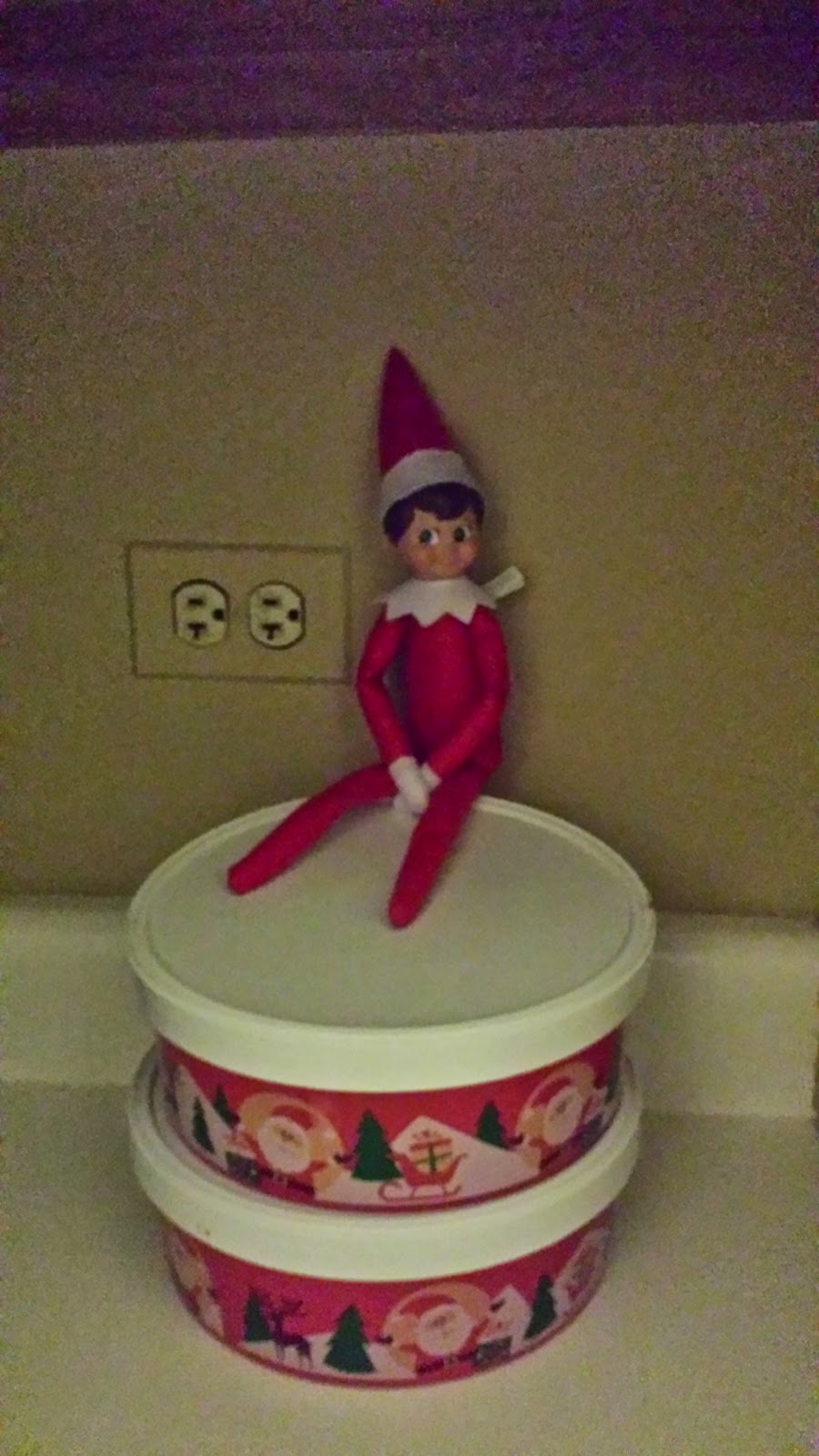 Happy loves sweets! On December 13 he decided he needed to guard the chocolate covered pretzels. 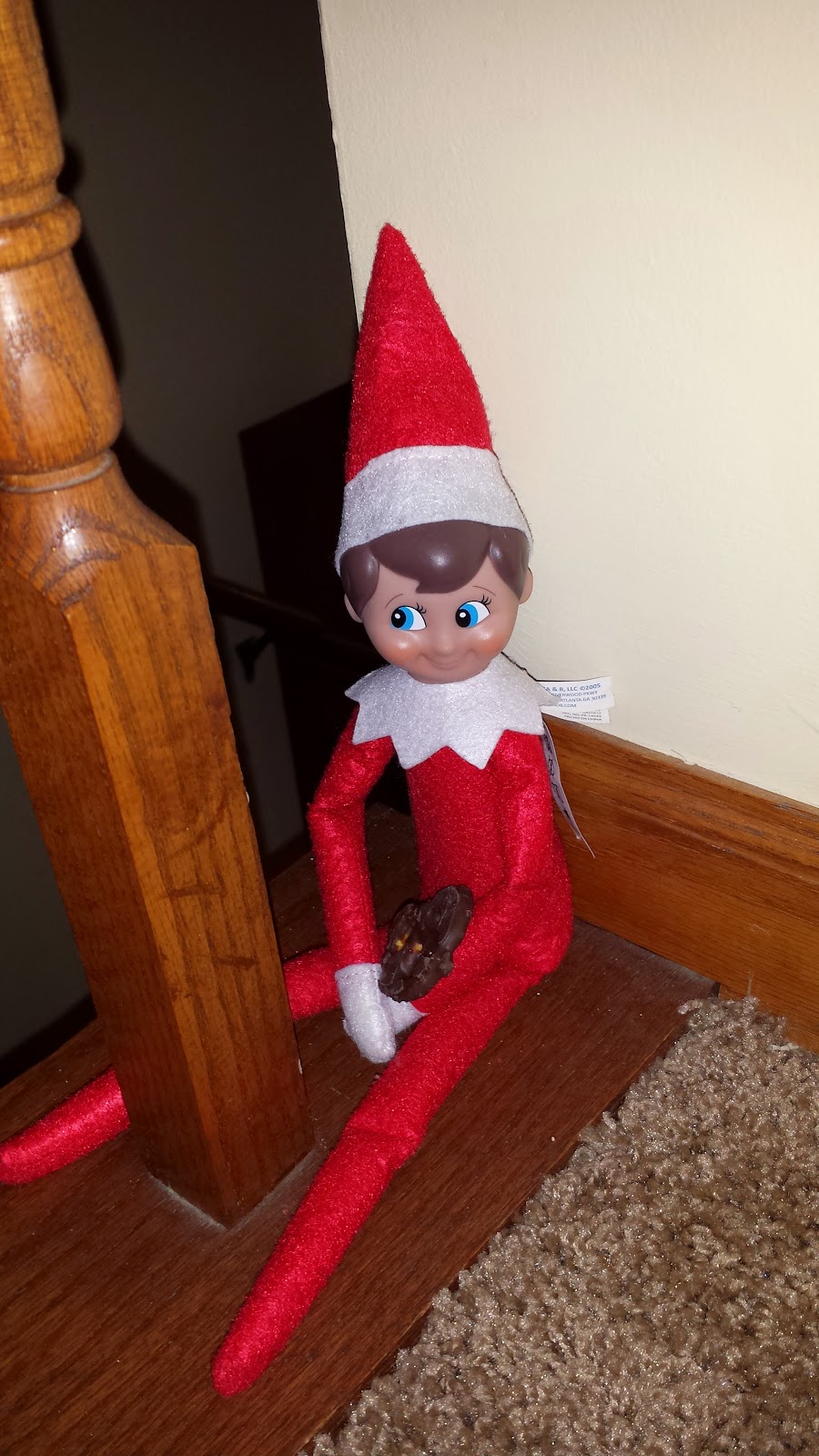 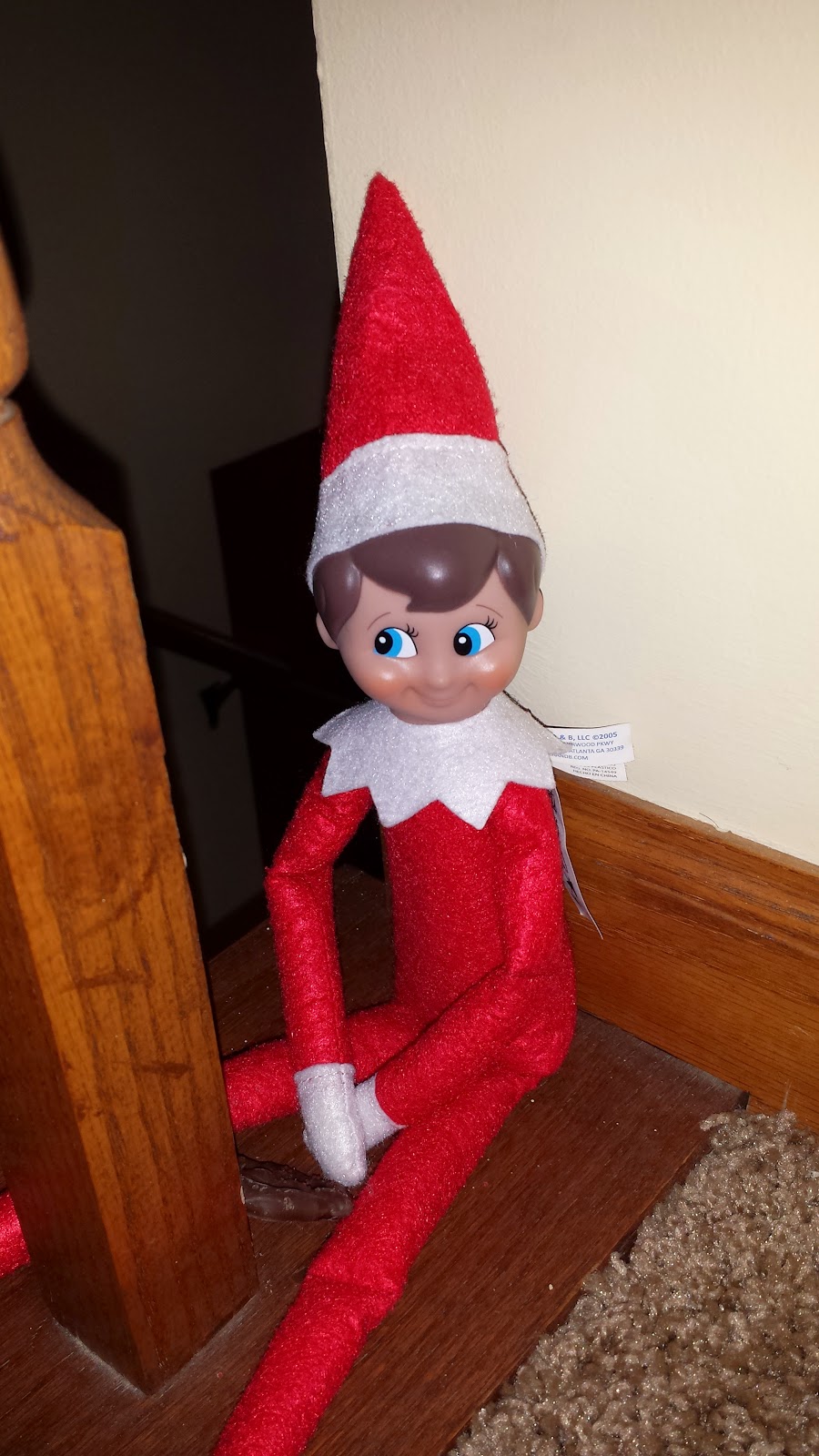 The next day Parrot decided Happy needed some chocolate covered pretzels.  Happy was spotted by the staircase on December 14. 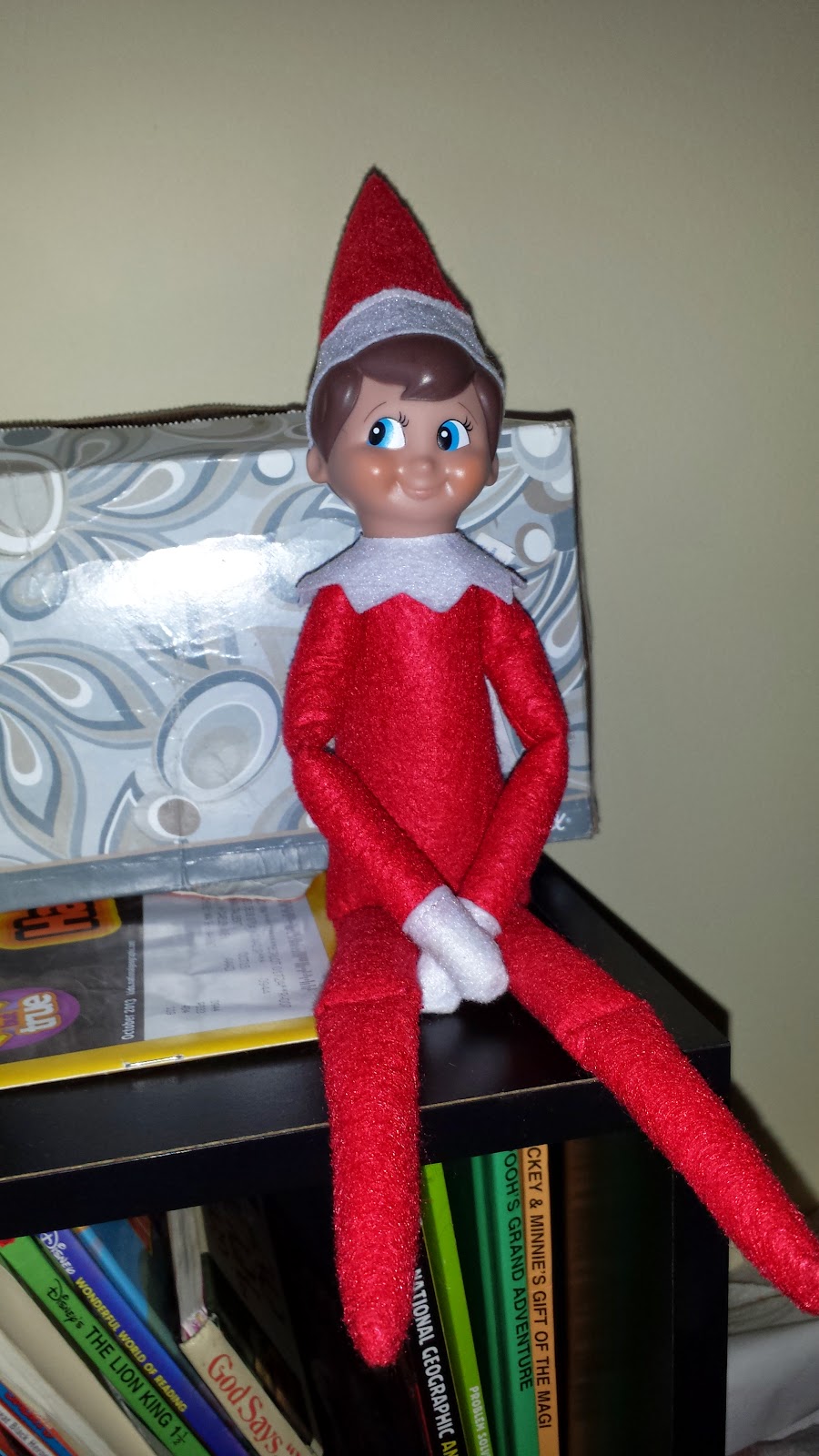 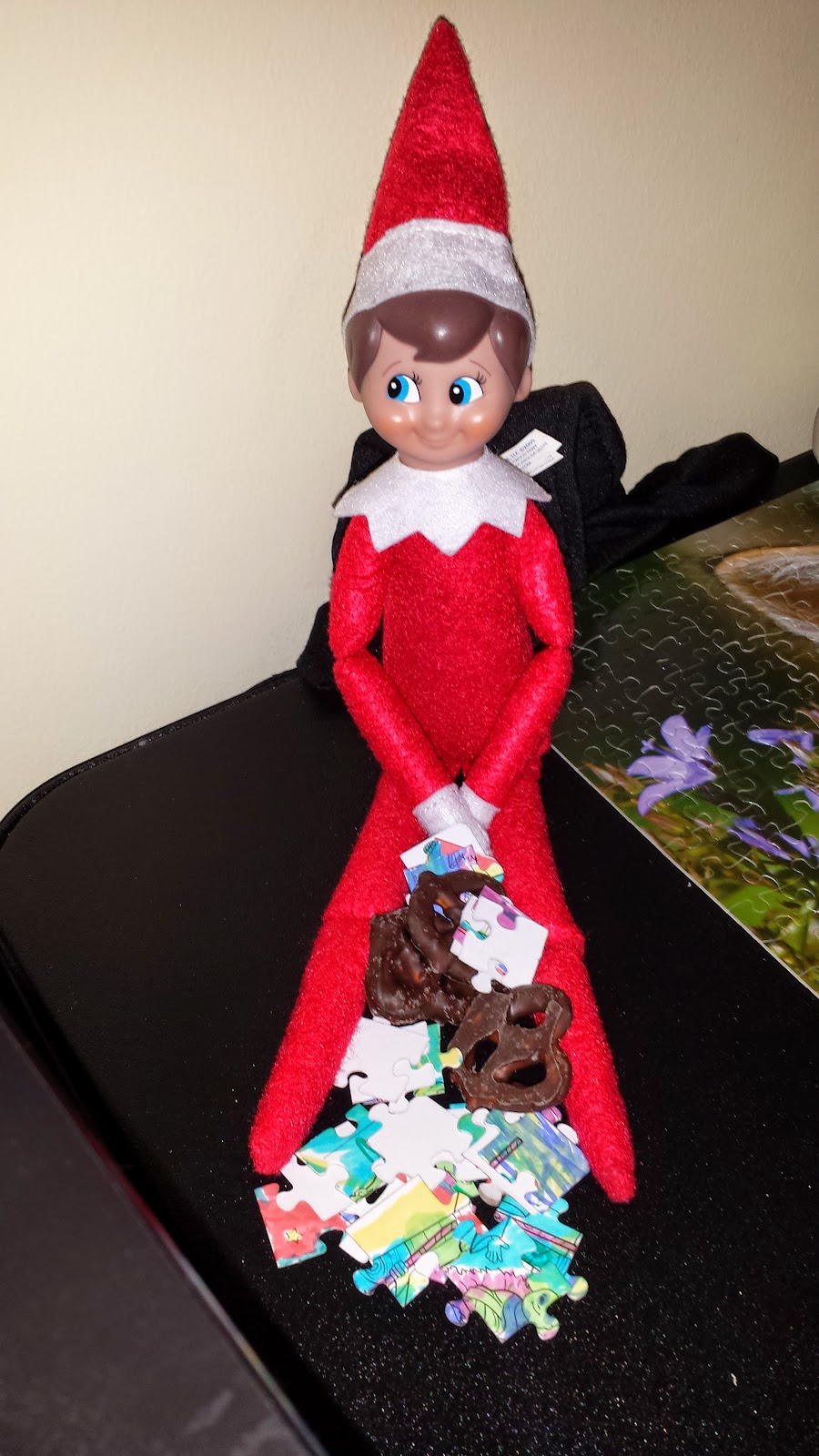 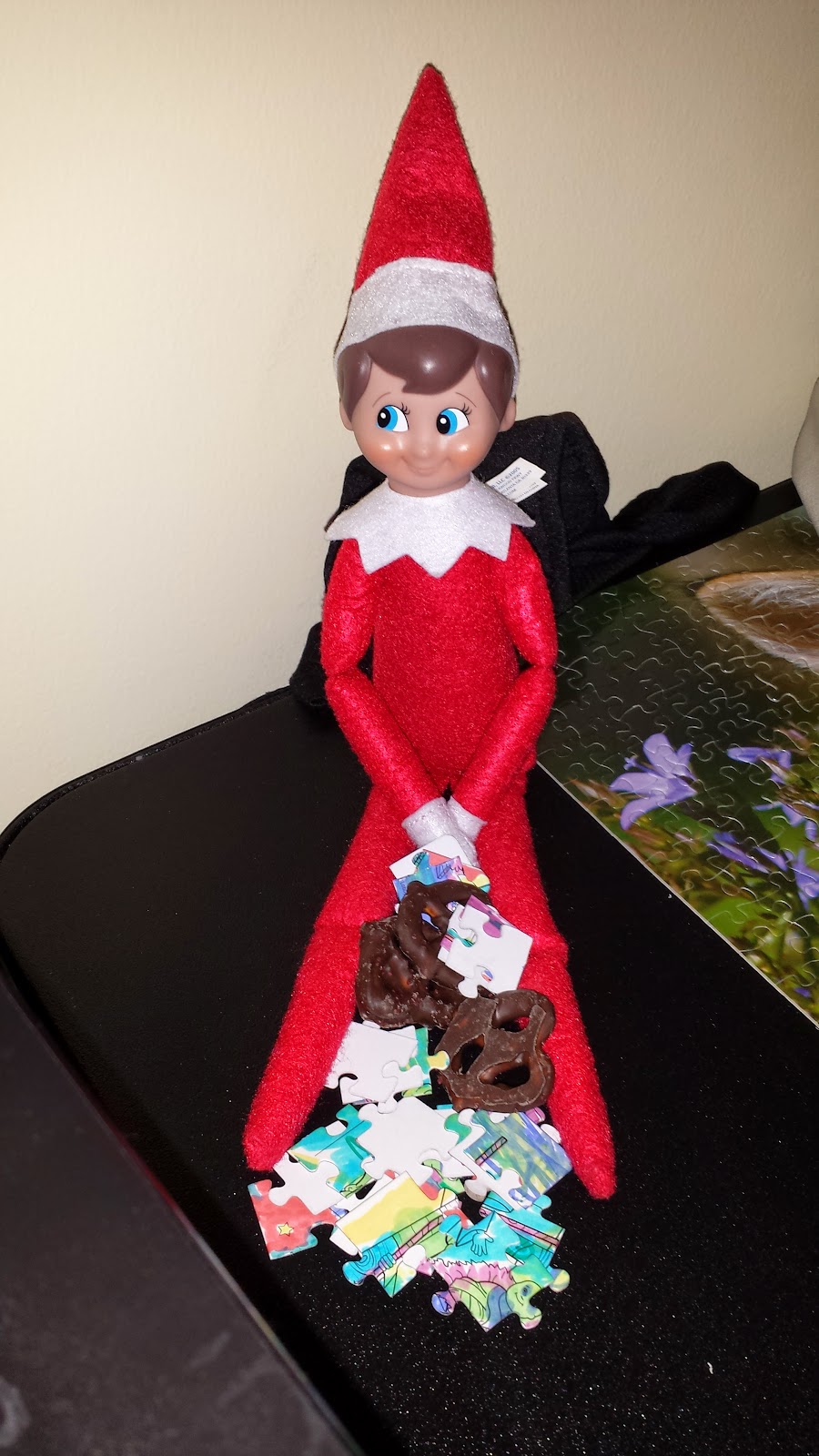 Parrot has been having a rough week this week. So for the past few days Happy has been hanging out in Parrot’s room. For two days he watched over Parrot on his book case.  Then Happy moved to Parrot’s puzzle table.  Parrot thanked him with puzzle pieces and of course chocolate covered pretzels. 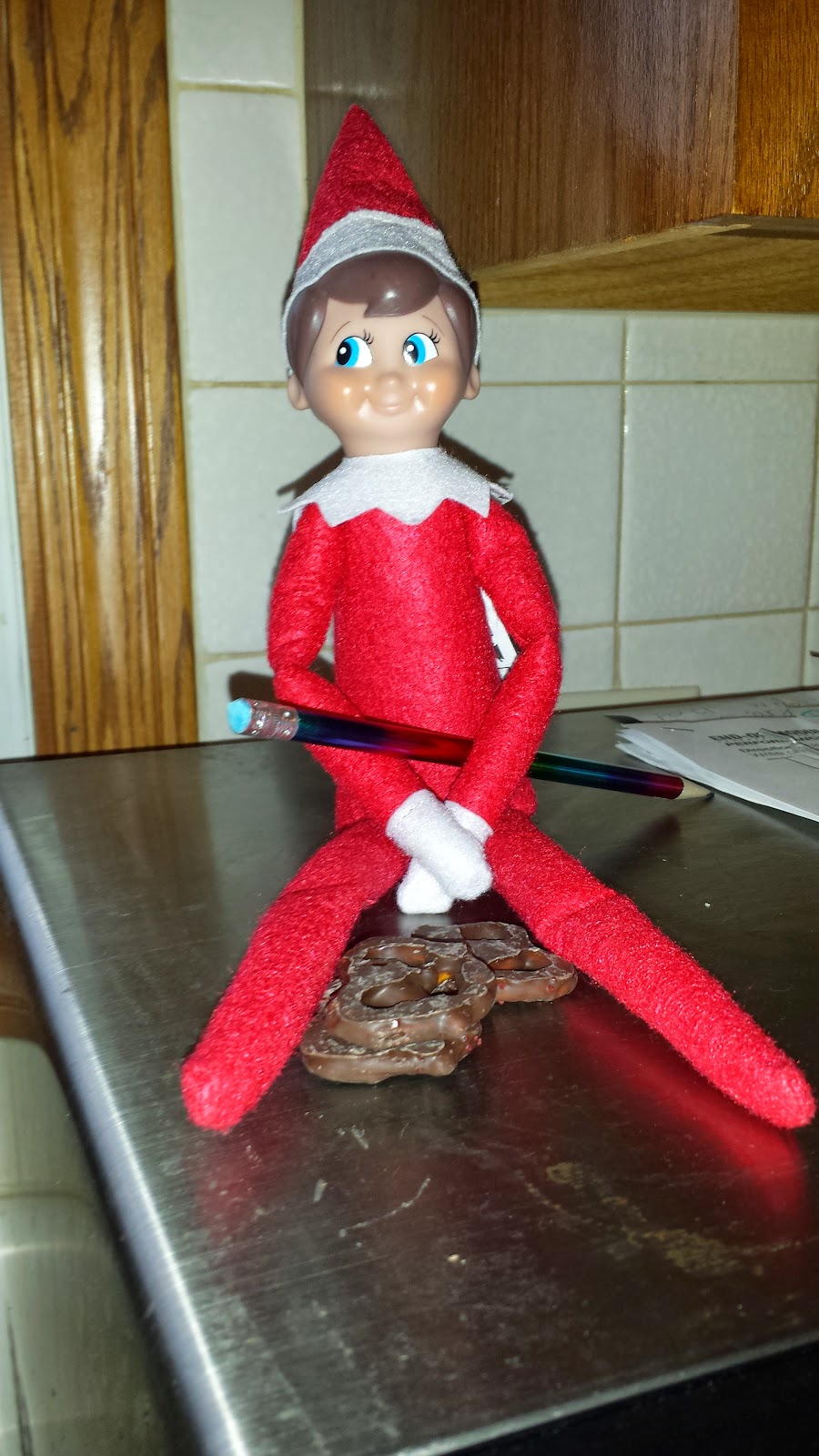 This morning, December 19, Happy was spotted on top of the microwave in the kitchen. Parrot gave him some more chocolate covered pretzels.

Do you have an elf on the shelf? Is your elf a good little elf like our Happy, or has he or she been up to mischief?