I don’t normally write on the weekends but today the Lord spoke to me and I am inspired with the urge to share. Not only is today Mother’s Day it is also my 36th birthday. On this very special day I have come to realize that I need to listen more, be patient, and open for change.  It is a new beginning, not only for myself but for the whole Talbert family. 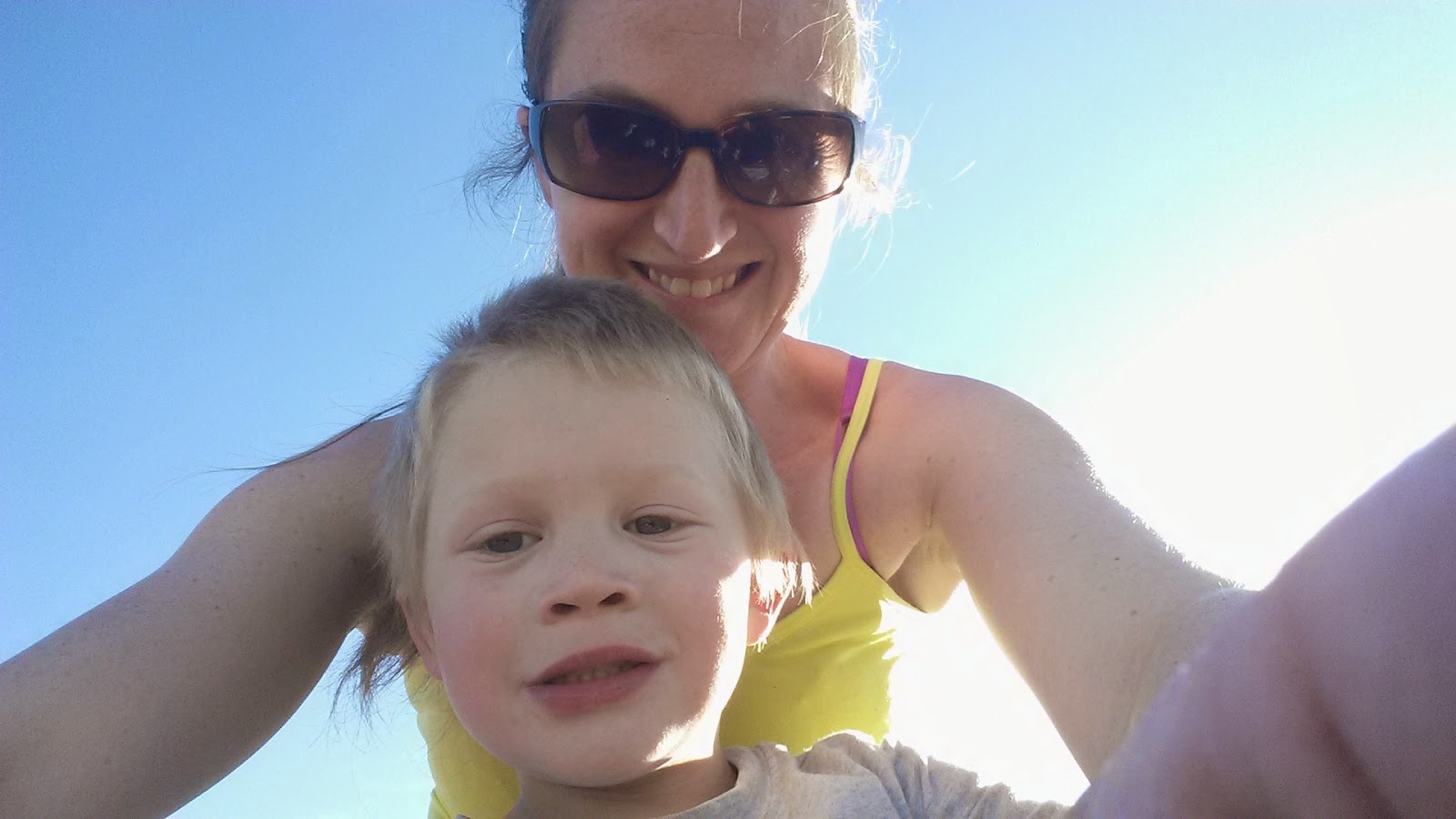 Yesterday Kitty woke up with a swollen right eye.  She plucked the lashes so much that her eye was nearly swollen shut.  The moment I saw her eye my motherly instincts were turbo charged and I knew that it was time I tried even harder to help my precious little girl.

Yesterday I thought I was going to blog solely about Kitty’s Trich (Trichotillomania), but even more has happened since, which I will explain later. After putting ice on her eye to reduce the swelling I researched online for more information on  habit reversal therapy for Trich and other related disorders.  Kitty’s therapist thinks that she also is struggling with a low self esteem and body image due to her Trich.  Yesterday she cried and didn’t want to go to her soccer game because she thought the other kids would laugh at her when they saw her eye. She also didn’t want her sister to see her. Maybe Kitty has turned a corner and is ready for a change.

Kitty’s therapist also told me that there are several books available to help girls improve their self esteem and body image.  Of course I also knew that there are workbooks and resources to help kids deal better with their emotions and mood as well.  Like most young girls with Trich Kitty has tried several different treatments from using coping skills, to medication with no success. But we must not give up. So I drained my personal bank account and ordered some books to help her and myself to better understand her Trich and hopefully kick Trichotillomania in the butt!

I am also going to spend an hour alone with her each night so we can work on it together.  I made her a chart. When she goes a whole day without plucking I will place a sticker on her chart. When she gets seven stickers in a row I will buy her a My Little Pony book from Amazon. 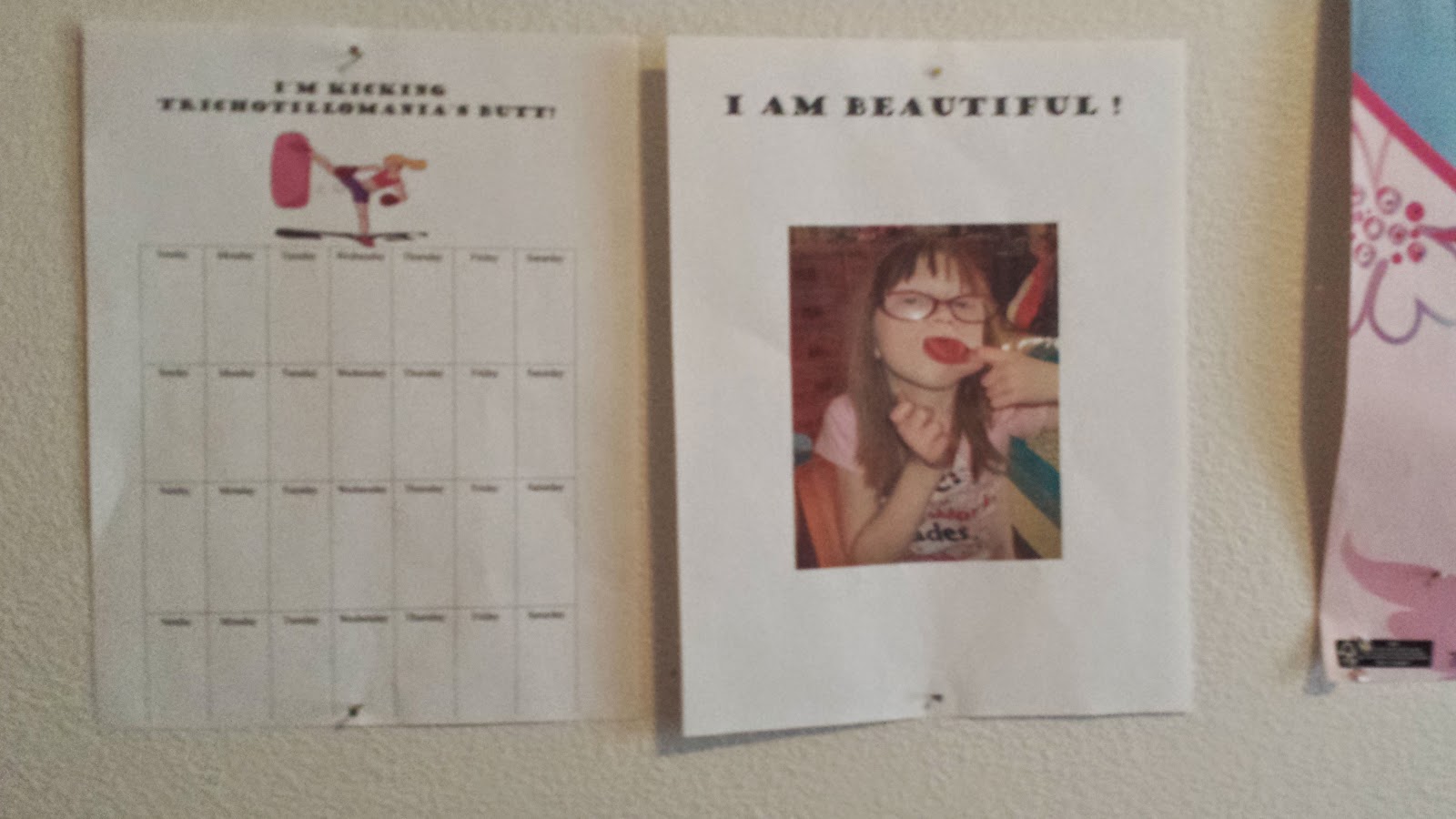 When I wrote about the possibility that Chris may get a new job with his company I received several kind comments.  After reflecting on those comments I have realized that I need to leave it all up to the Lord. I also need to listen when He is speaking to me.  Chris is meeting with the director and vice-president of that division this week at the conference that he is attending in Nashville.  Next week they are flying him to his company’s headquarters in Denver for a face to face interview.  This all sounds very promising and he was told that they want to fill the position once they find the right candidate.

I am listening and God is speaking.  When I was researching Trichotillomania resources I found a specialist who specializes in treating people from small children all the way to adults with Trich. He has an office in Schaumburg Ill.

At mass this morning God had little Bear sit still at the very moment Father was giving his homily.  I needed to hear the story that he was telling. When he was a young priest he visited this man named Ray who was suffering from advanced stage cancer. Ray was in a lot of pain and having strange dreams. Jesus visited him in his dreams and he was at the stations of the cross.  Each dream was a different station.  Each time Jesus asked Ray to come and follow Him.   Ray asked Father why this was happening and why he was suffering. Father said, “Ray, how long have you been a Catholic?” Ray replied, “All my life.” Father told him that then he should know the answer.  Ray broke down and cried and the next night he died in his sleep.  He finally answered the Lord and followed him.  Ray had a new beginning; eternal life with the Lord Jesus.  I know if I listen God will show me the way.

I have a new beginning awaiting me.  Whether it is here in Spokane or out in Chicago, I am ready to start anew.  Here’s to my 36th year, (and Chris’ 40th year his birthday is tomorrow), spring, kicking Trichotillomania’s butt and whatever adventures await the Talbert Zoo.

Our Mother’s Day and Birthday celebration today at the Rusty Moose.  I thought of Tamara Bowman from Tamara Like Camera Blog all during lunch. 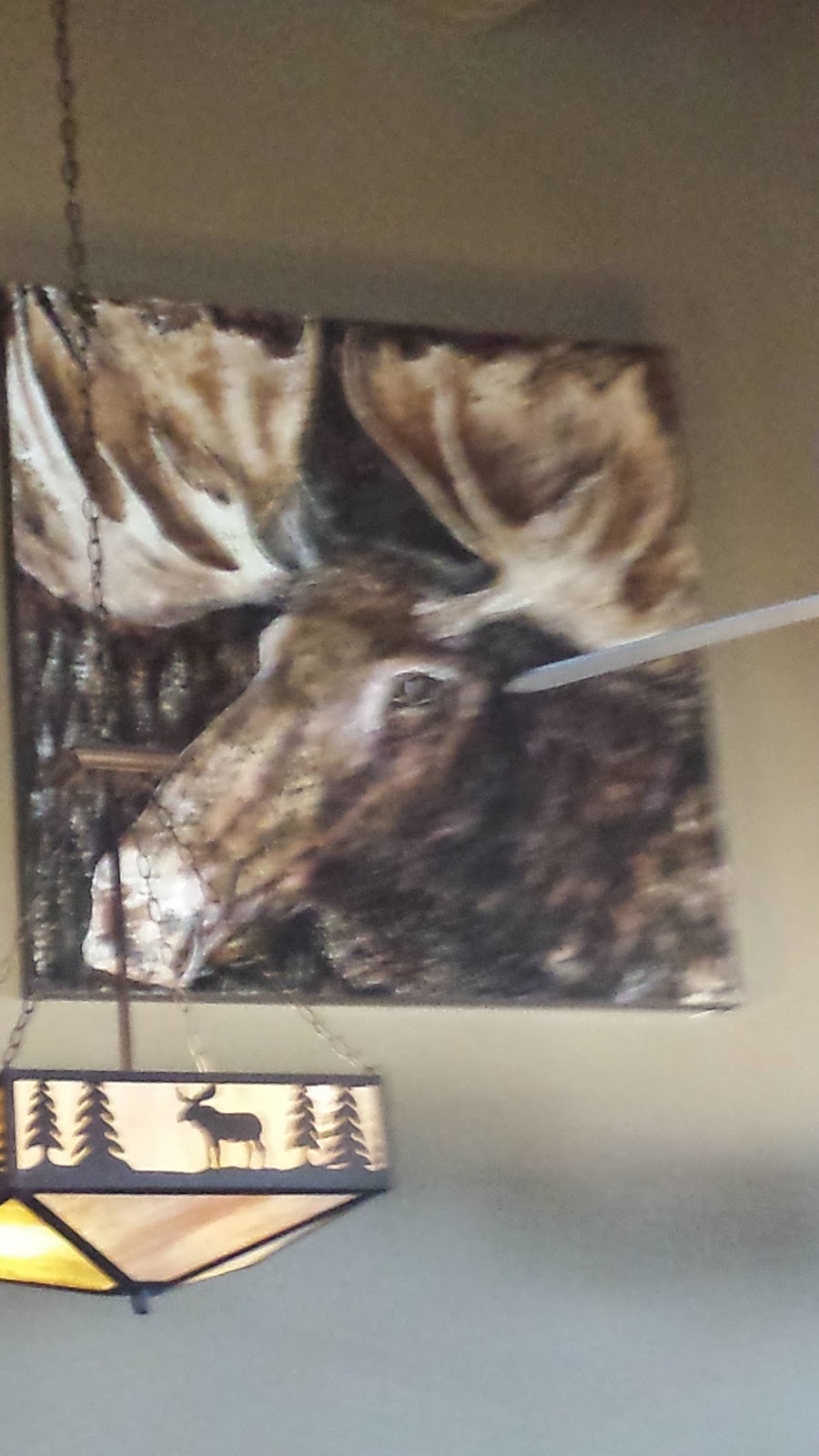 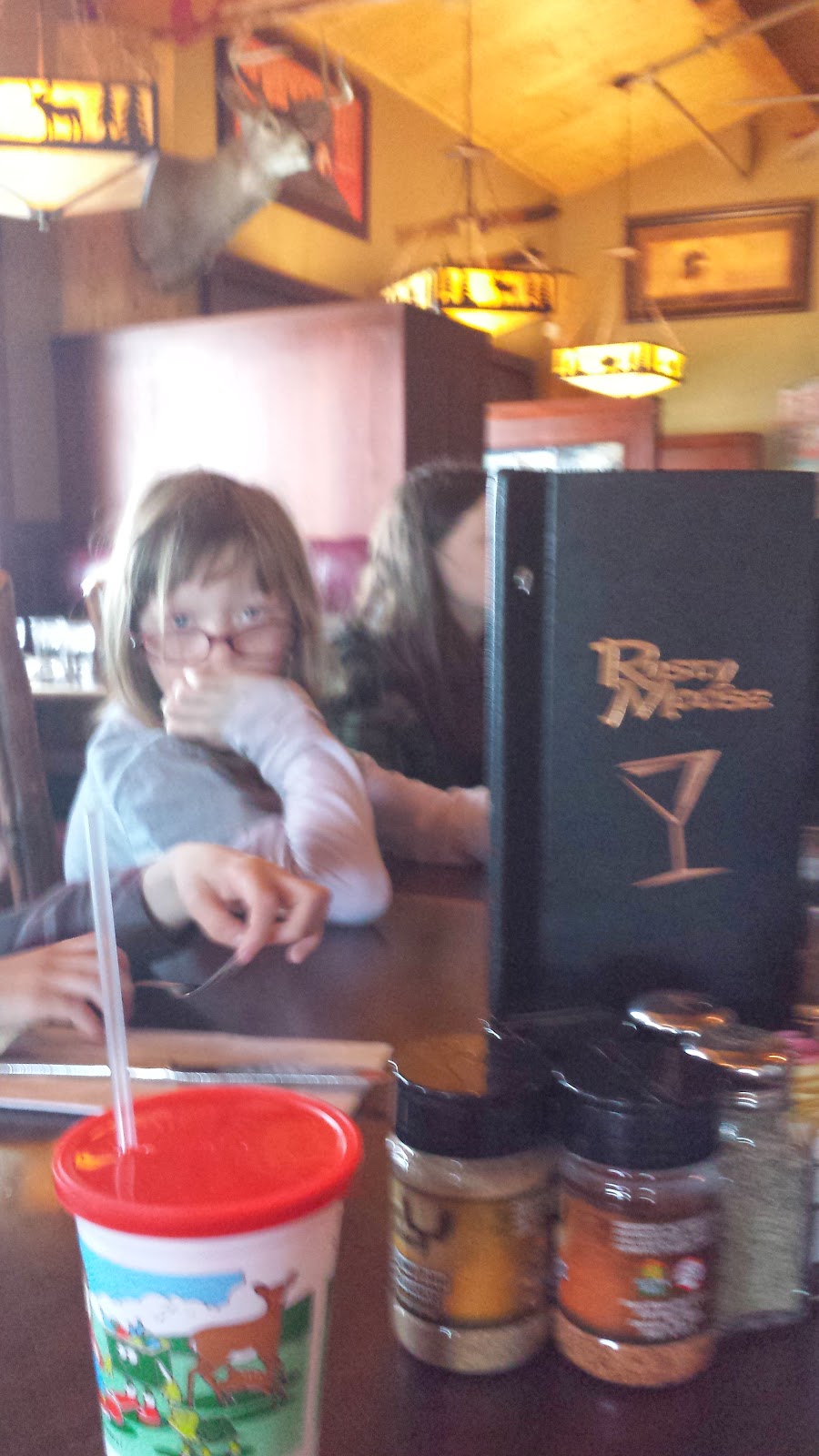 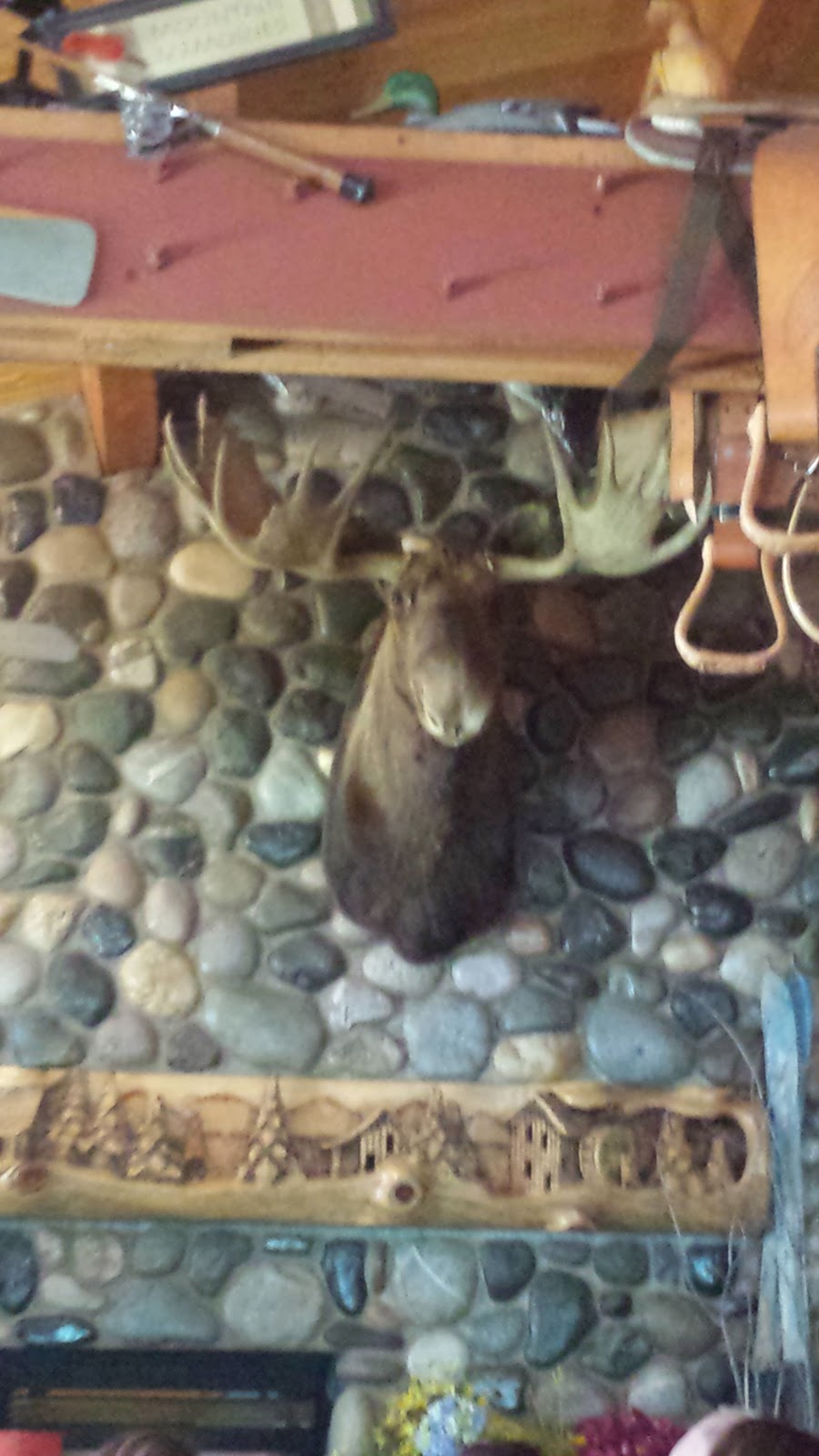 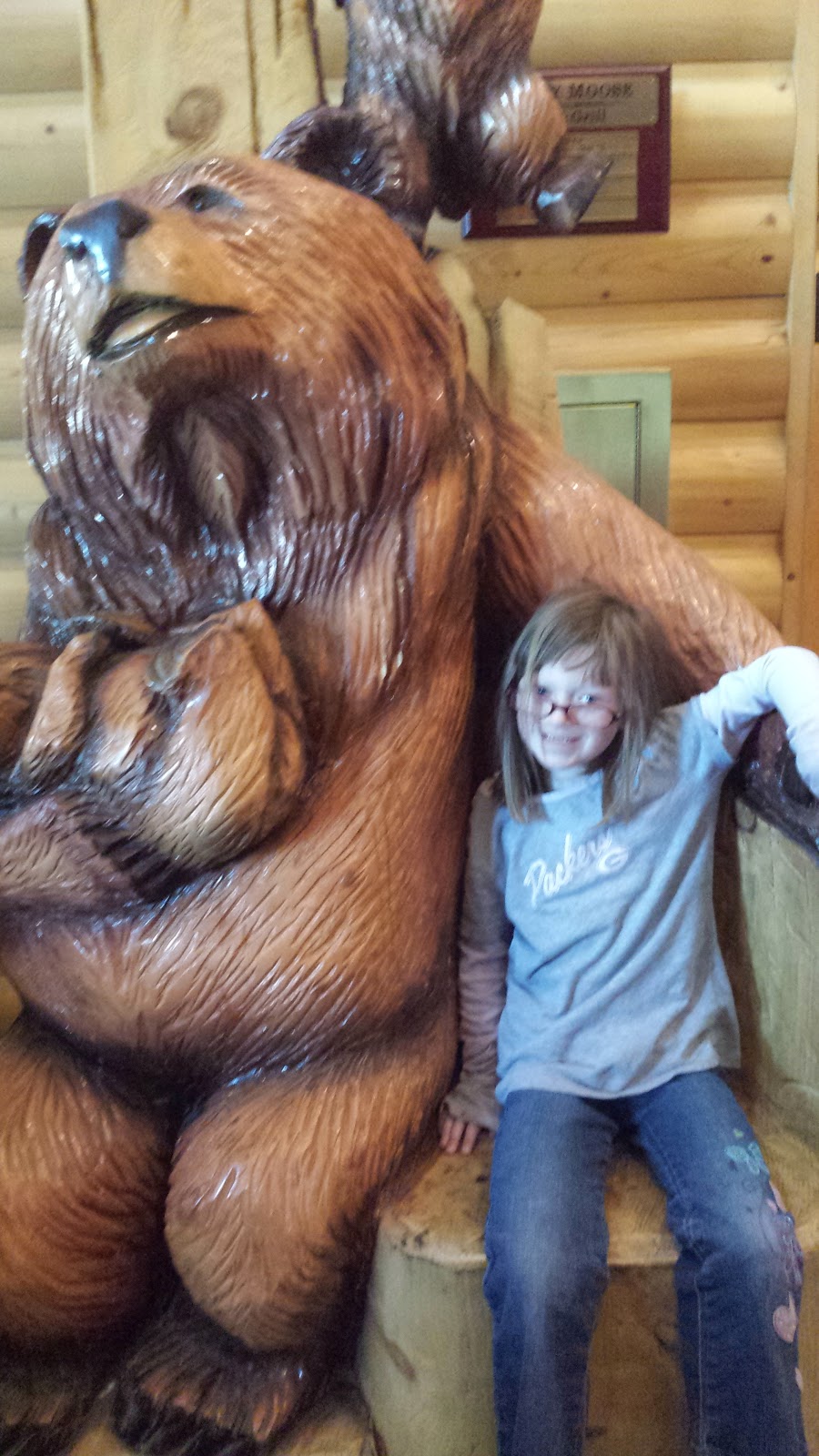