We are nearing the end of our family vacation.  The kids are tired and yesterday they did not behave.  Just about everything that you can  imagine could go wrong on a family vacation happened yesterday.

Chris decided we would go and see the painted dessert. He said it was on his bucket list, although I was not aware of this stop until yesterday.  We left sunny, warm Phoenix at 10 am and headed north east towards Flagstaff, Arizona.

The three hour drive up into higher elevation was very scenic.  Once we got into Flagstaff, the first thing we noticed was the temperature difference.  We went from 95 degrees in Phoenix to 68 degrees in Flagstaff.  Today we swapped our shorts and t-shirts for jeans and sweatshirts.

The kids fought and argued all the way up here.  Kitty complained about the two cold sores in her mouth. Parrot wouldn’t stop annoying his sisters in the back seat.  Goose had a difficult time keeping her mouth shut.  Little Bear was tired and cranky. And Monkey refused to stop calling himself Youkiy. It was a long, long three hours.

The short drive from Flagstaff to the Painted Dessert led us through the Navajo Indian reservation and then on to a bumpy dirt road.  All the bumps caused our broken CD player in our van to turn on and attempt to play the tokens that Monkey stuffed in there two years ago.  In the distance we saw dirt and beautiful red plateaus.

Chris’ GPS said that we should stay on the dirt road for 11 miles. We were only going about 10-15 miles an hour, so that distance was out of the question.  I was getting concerned that the road would wreak our tires.  So we stopped after about ten minutes of driving.  This was our view. 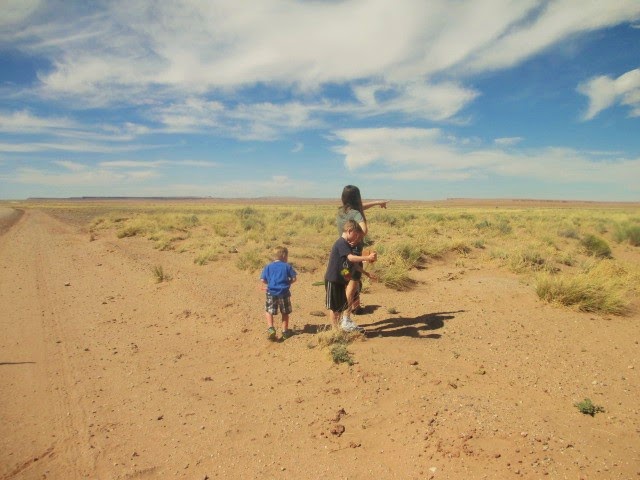 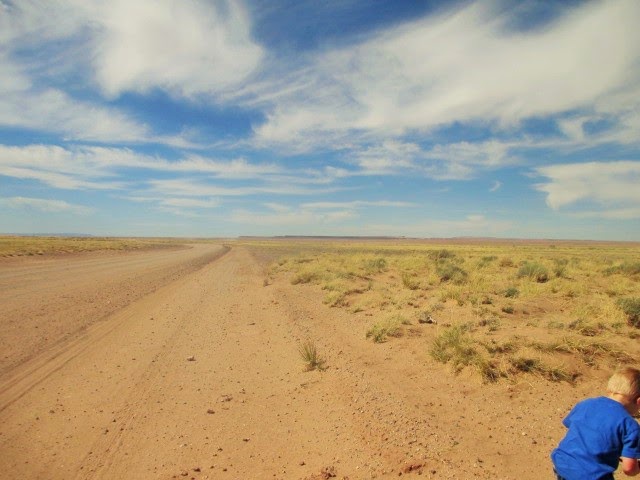 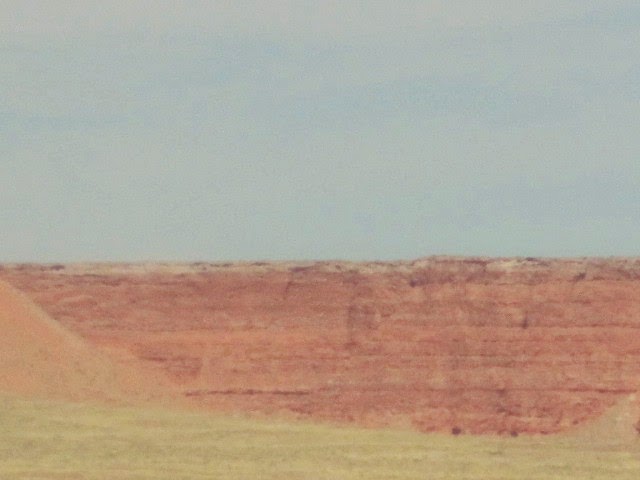 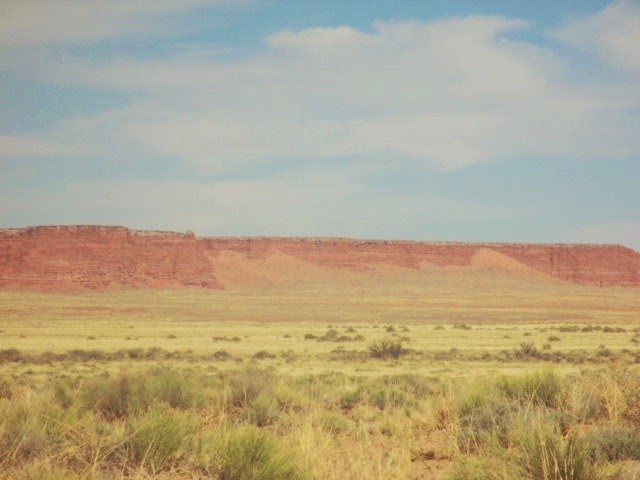 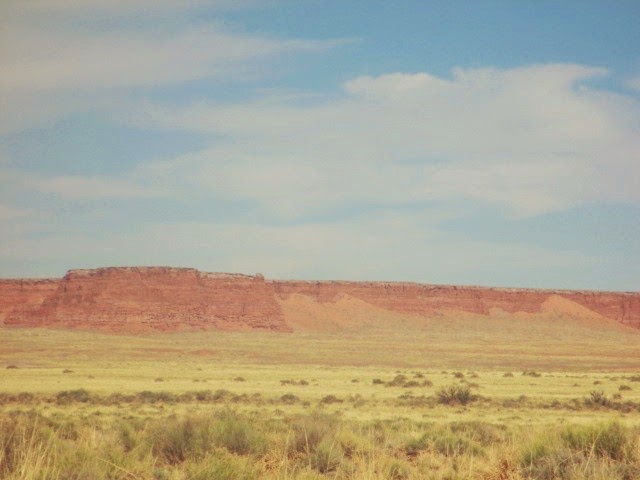 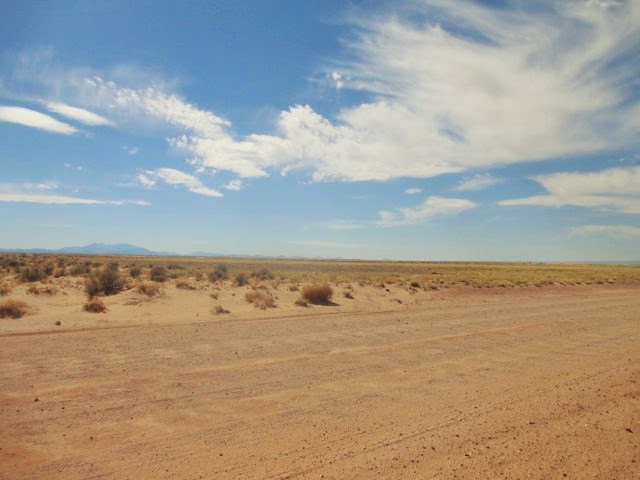 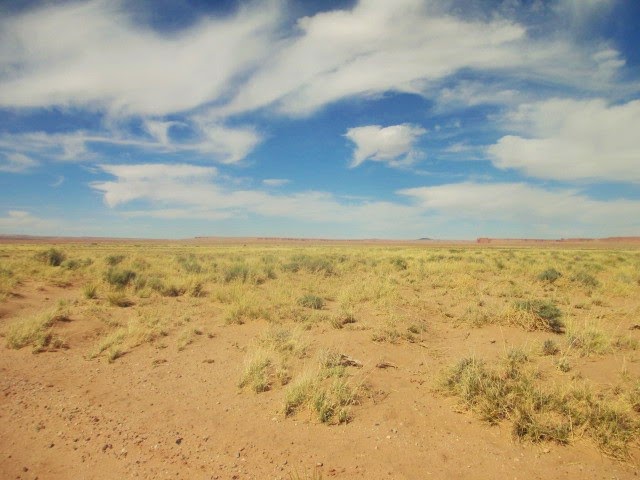 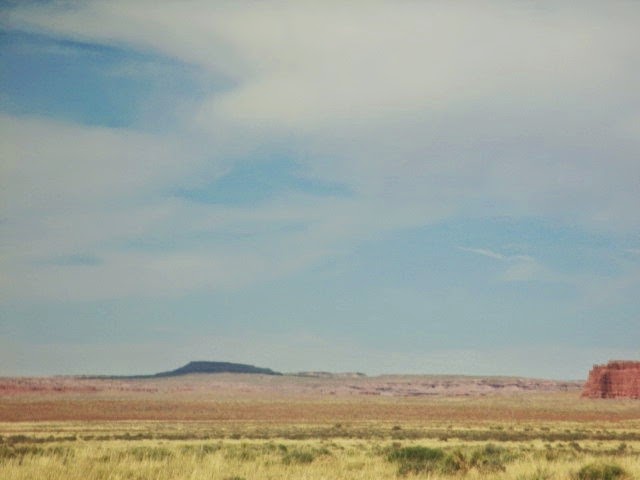 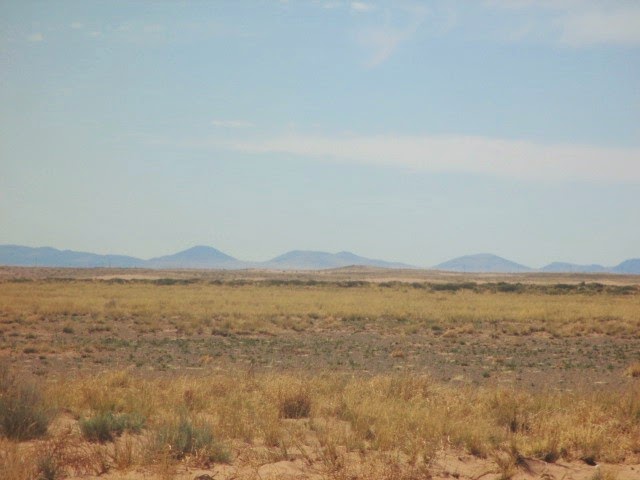 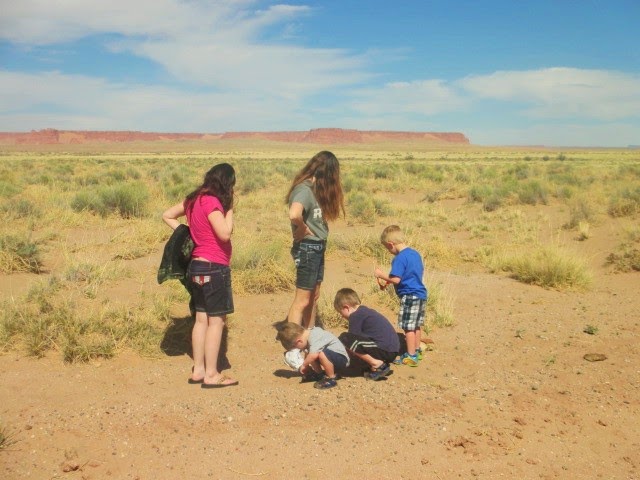 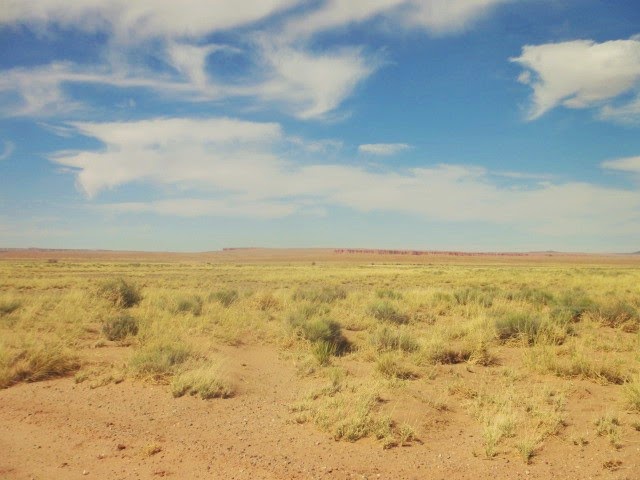 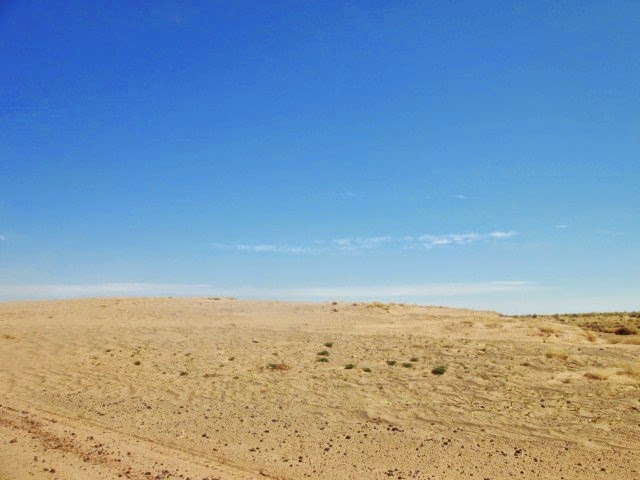 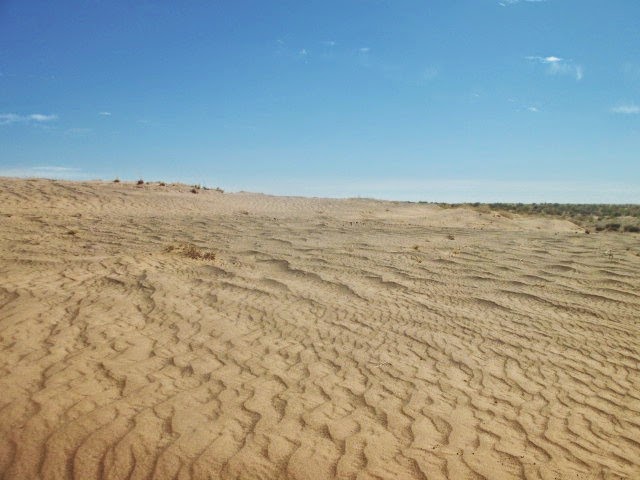 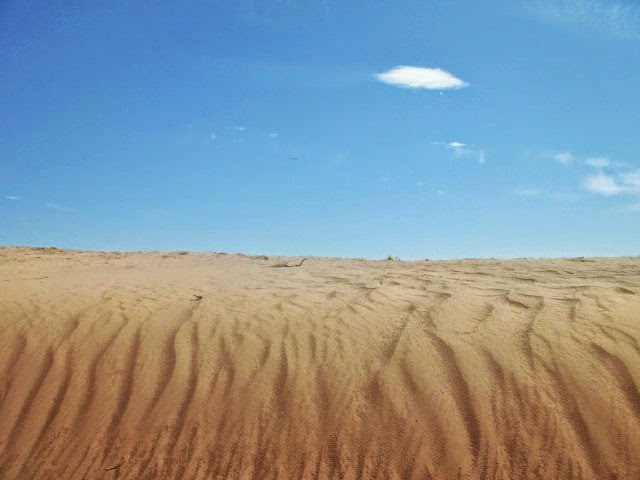 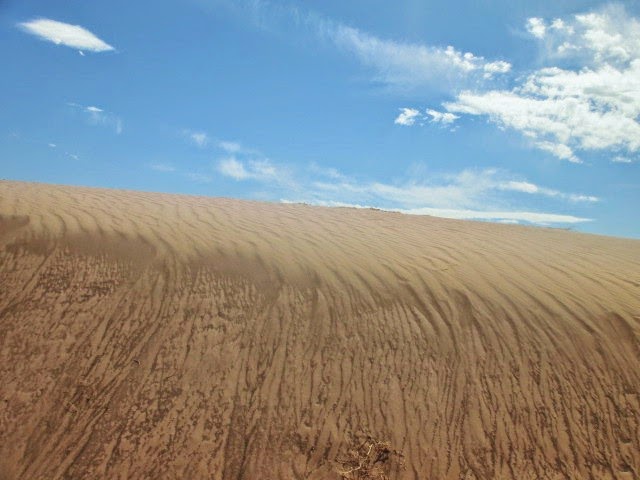 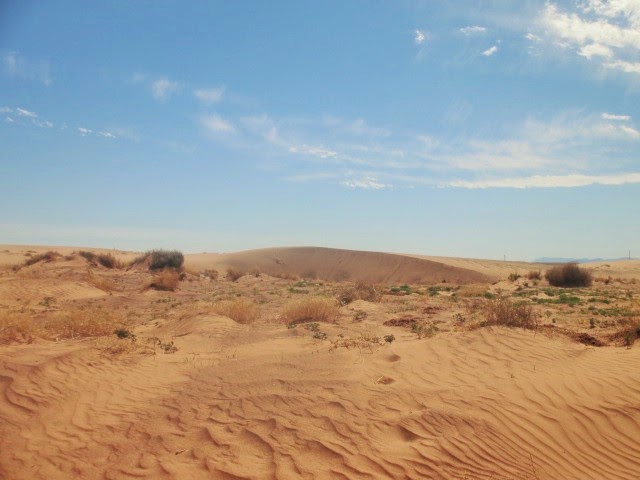 We watched a dust devil cross the road in front of us. 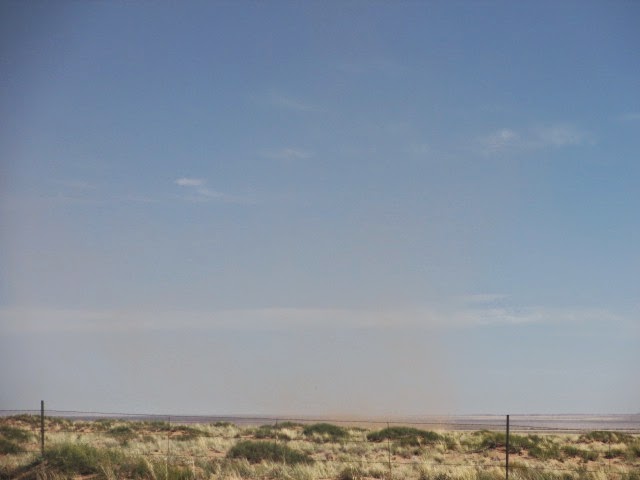 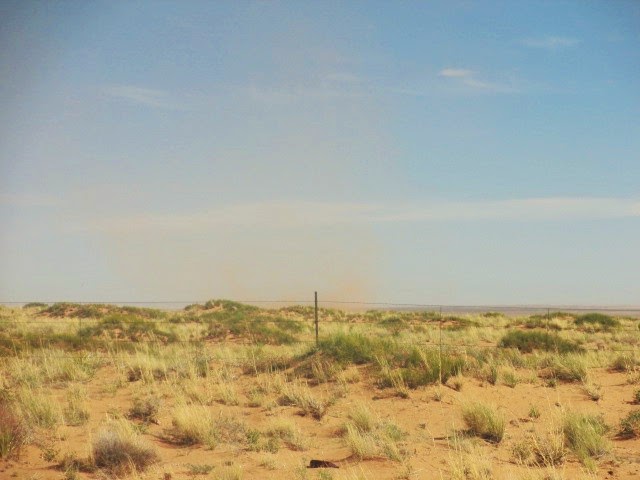 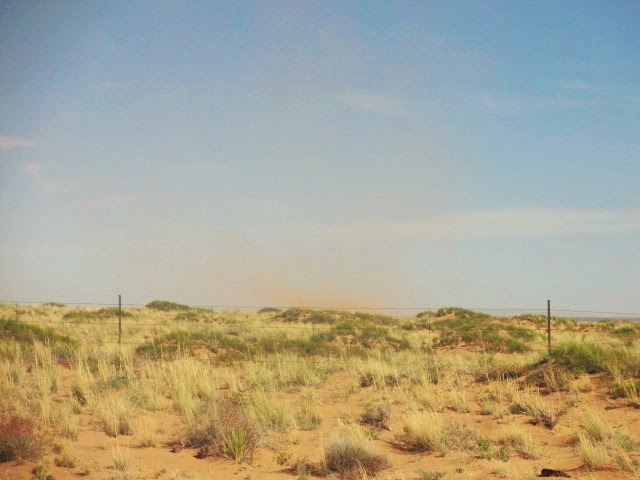 Then it was time to head back to our hotel in Flagstaff. We drove through the Indian reservation, and on into the quaint city.  On the way back the three kids in the back seat resumed their arguing.  And we couldn’t keep the two younger kids buckled in their car seats. Everyone was tired and cranky, and I noticed that I had the beginnings of a nasty cold.
We got to the hotel and Chris and I decided we needed to pick up a few things at the Wal Mart down the street. So we left Goose in charge and headed out to the store.  We were just about to check out when Chris received a phone call from Goose. She said that Little Bear locked himself in the adjoining room and the latch was closed so he was stuck alone.
Wal Mart is only a block away from the hotel so I ran to the hotel to rescue my little boy.  He sure was stuck.  The lady at the front desk gave us this tool to maneuver the latch so we could get in. After about 10-15 minutes Bear was safe in my arms.
We had a rough day yesterday. This morning it seems like most of us are well rested and we are looking forward to a new adventure at the Grand Canyon.

Together Wherever We Go: Best Vacation Ideas for Families
I Can't Do Everything
Is Tomorrow Really October 1?