I had a pretty rough morning today and I just need to vent. I tried to call my mom but wasn’t able to get a hold of her so I must vent here.

The morning started pretty normal with my three boys making noise and waking everyone before 6 am. Parrot is used to taking care of his little brothers and getting their breakfast so I hid under my covers until 6:30.  I was tired and not ready to get up that early. When I finally managed to get my butt downstairs I heard Goose hollering.  She said, “Mom you have to get up here! Kitty has a huge bald spot.”
My first thought was this,”Crap. I’m tired and haven’t had my coffee yet. I am not ready to listen to this.”
My three boys were crowded around the kitchen counter and Parrot was whining about the milk spilling all over the counter.  He doesn’t like messes, especially if his little brothers are the ones that made the mess. While reheating some old coffee from yesterday in the microwave I replied, “Quit complaining and just clean it up.”
I was not in the mood to deal with my cranky Aspie boy.  By this time Goose had made it down stairs. It was her turn to whine.  She told me that I needed to do something about her sisters bald spot.  I knew Goose was concerned but was not in the mood to listen to her rant.  When something bothers my teenage daughter she repeats her complaint over and over.  It is as if she is waiting for some kind of response that will make everything better.  This was another thing I was not in the mood for. After all, I hadn’t even had my coffee yet. 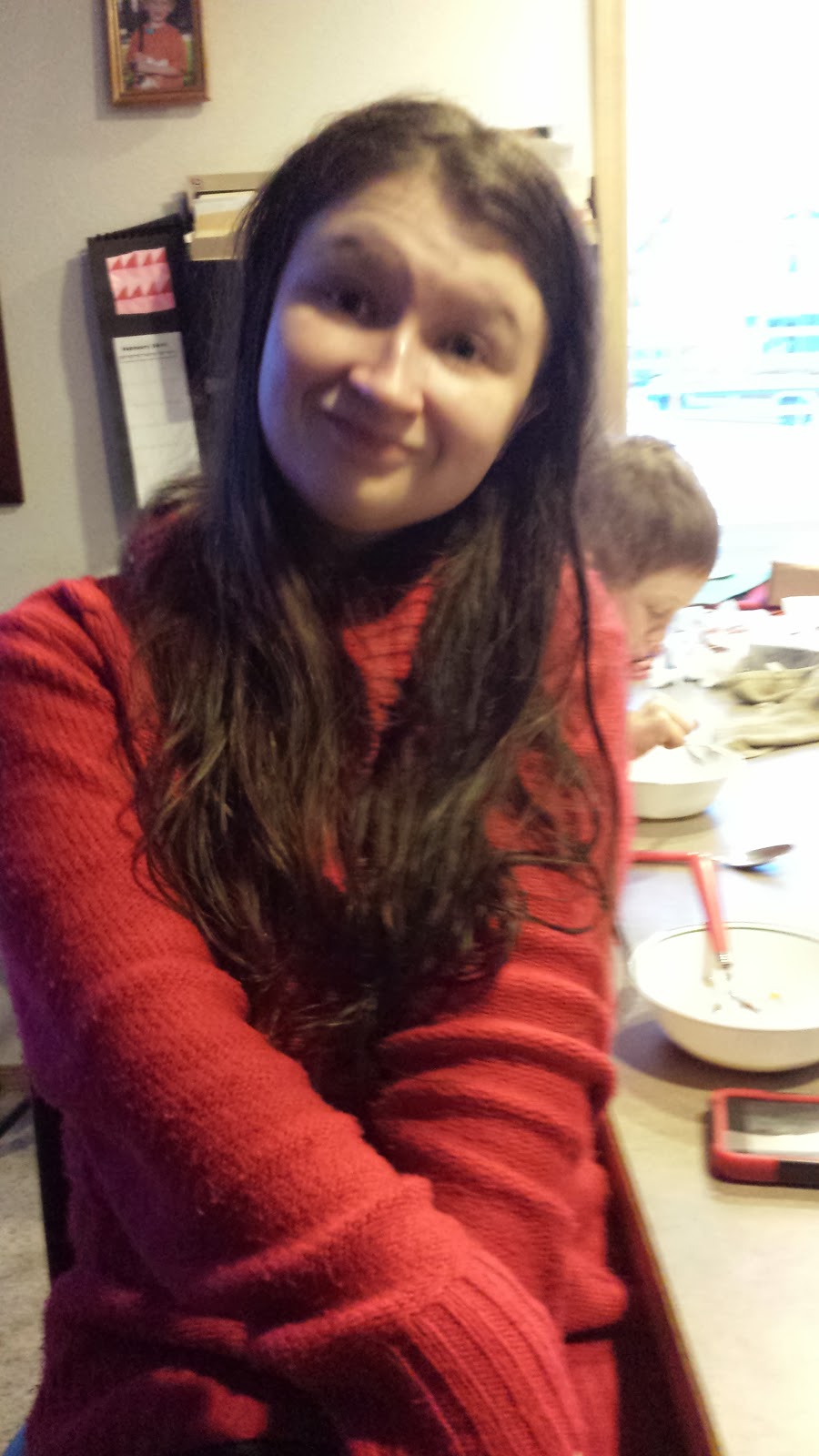 I reassured Goose that I would take care of her sister’s hair. Then I headed upstairs. The bald spot is right on the top of her head and a little to the left. I managed to hide it with a little pony tail.

Last May Kitty was diagnosed with Trichotillomania.  This is a rare behavioral disorder that usually effects adolescents. Kids with Trichotillomania have the uncontrollable urge to pull out their hair. Kitty’s case is even more rare because she is only eight and it started when she was four.

Usually this is treated with behavior modification through counseling.  If seeing a therapist alone doesn’t help then the disorder is treated with medication. Kitty used to just pull out her eye lashes and eye brows. Last night was the first time she pulled the hair out of her head. In other words, her Trichotillomania has gotten worse.

She is taking 3ml of Fluoxetine every day prescribed by her psychiatrist.  She also sees a therapist once a week. But unfortunately this is not working.  I learned that she only pulls out her hair when she is alone in her bedroom.  She plucks her eyelashes and eyebrows when she gets the opportunity to be alone and in front of a mirror. 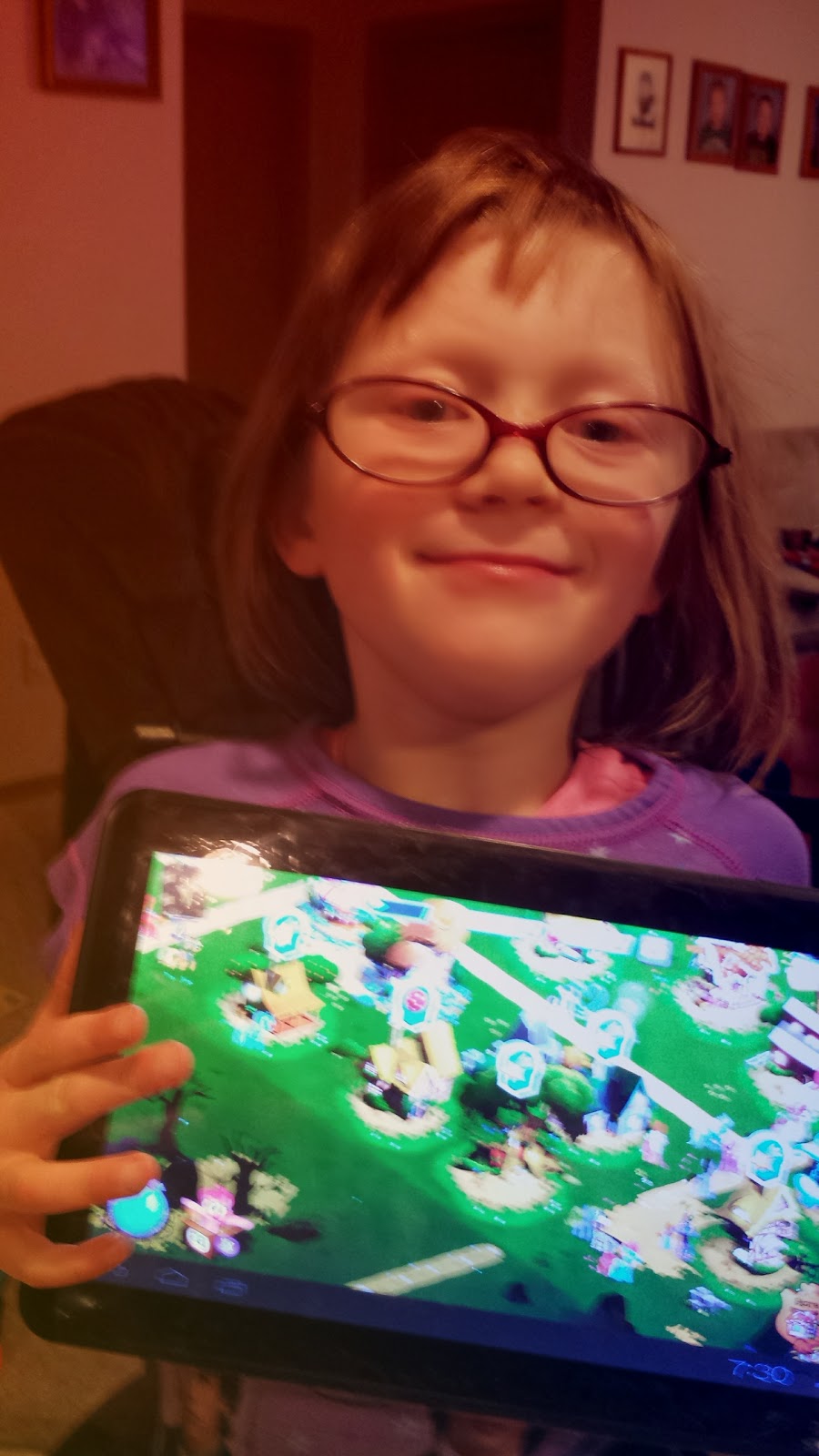 Kitty’s therapist says that kids with Trichotillomania have to work on coping skills in order to break the habit.  But she also says that Kitty is too young to understand how to do that.

After discussing the issue with Chris over the phone this morning we have decided that we can not allow our little girl to be alone anymore. I just haven’t figured out how we are going to do this.

We thought about having the girls share a room again. However, I am having second thoughts about this. Both of them have a lot of stuff and Goose needs her privacy.  So I don’t really know how we can go about doing this.

Maybe a better option would be to just make sure either Chris, myself or Goose is with Kitty every single night until she falls asleep.  I still need to suggest this to my husband before we make a final decision.  What would you do?

Life of the Beloved: Spiritual Living in a Secular World

(366)
$8.99 (as of February 24, 2020 - More infoProduct prices and availability are accurate as of the date/time indicated and are subject to change. Any price and availability information displayed on [relevant Amazon Site(s), as applicable] at the time of purchase will apply to the purchase of this product.)

(79)
$11.26 (as of February 24, 2020 - More infoProduct prices and availability are accurate as of the date/time indicated and are subject to change. Any price and availability information displayed on [relevant Amazon Site(s), as applicable] at the time of purchase will apply to the purchase of this product.)

The Templars: The Secret History Revealed

(100)
$10.99 (as of February 24, 2020 - More infoProduct prices and availability are accurate as of the date/time indicated and are subject to change. Any price and availability information displayed on [relevant Amazon Site(s), as applicable] at the time of purchase will apply to the purchase of this product.)